Online photography printing service Shutterfly has disclosed that it has suffered a security breach that exposed the personal information of some employees.

According to a sample data breach notification letter filed with the California Attorney General’s Office, Shutterfly was hit by a ransomware attack in December 2021 which encrypted some of its systems, and exfiltrated sensitive data from its servers.

Shutterfly doesn’t name the ransomware group which launched an attack against it, but at the time of writing over 7GB of data stolen from the company is available for anyone to download from the Conti ransomware group’s site on the dark web. 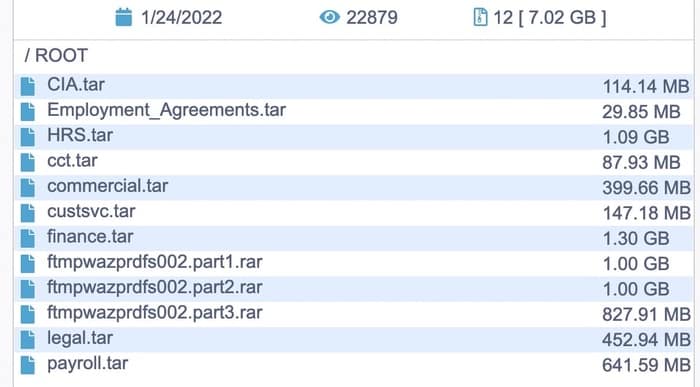 Shutterfly says it took steps to restore and secure its systems in the aftermath of the attack, amd continues to investigate the breach with help from outside experts. The company does not say whether it paid a ransom to its extortionists or not, but one can assume they didn’t judging by the free availability of the exfiltrated data on Conti’s website.