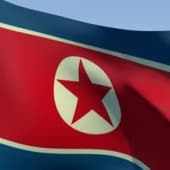 When Japan sold a decommissioned coast guard vessel to a pro-North Korea organisation, you might have imagine dthat it would check that any data on its navigation system would be wiped beforehand.

After all, that’s what you would do with an old computer hard drive – right?

Unfortunately, according to the Yomiuri Shimbun, no such precautions were taken in relation to the 106-ton Takachiho.

Yes, weapons and radio systems were removed from the vessel but the navigation data recording system was left intact in the control room, says the newspaper.

As a result, the Japanese Coast Guard has informed its regional headquarters nationwide that in future thorough checks must be conducted to ensure navigation data has been wiped clean whenever vessels are sold.