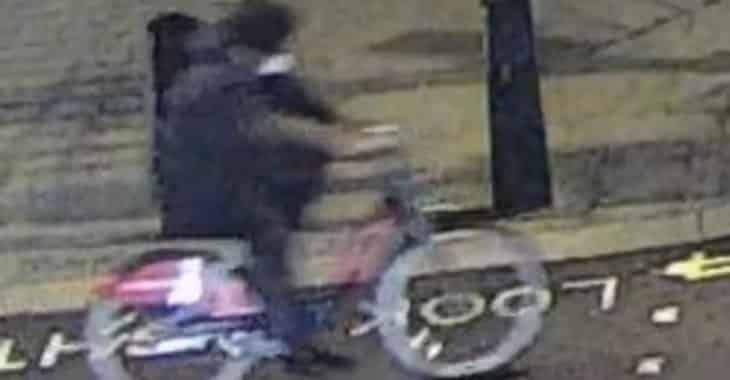 Officers based at London’s Charing Cross police station were able to identify a man who committed two sexual assaults, after they were able to track him via his hire bike.

Subsequent analysis of CCTV footage enabled officers to track Wright’s cycle ride from St James’s Park to Lower Marsh on the South Bank, where he was seen docking the bicycle.

Of course, hiring a Santander bike in London isn’t free. It costs £2 for up to 30 minutes, and £2 for each additional half an hour. And you don’t pay with cash – you pay via an app or bank card.

Which means that your identity is known to the bike hire firm, and the police can find it out too. You might be able to hide your face from a CCTV camera, but there’s not much point if you don’t hide who hired your method of escape.

Wright was arrested on 5 March 2021, and his DNA was subsequently matched to another sex offence. On 2 February 2021, just days after the sex attack in St James’s Park, a man had masturbated onto a female passenger’s bag while travelling on a train from London Waterloo.

“In this case, Met officers based at Charing Cross police station used technologies including the CCTV network, financial instrument analysis and DNA matching to identify and convict the offender,” said Detective Constable Henh Ban Song of Central West CID. “In my view, Wright’s offending may have escalated quickly and alarmingly had he not been caught so soon after the offence in St James’s Park.”

Christion Wright of Nelson Square, south east London, pleaded guilty to both assaults and has been sentenced last week to three years and eight months in jail. Wright will also be placed on the sex offenders register for life.