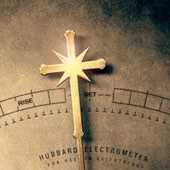 Hacking email accounts is not something that upstanding members of society and legitimate organisations should ever do.

Which is why they get other people to do it for them.

As Lisa Vaas over on Sophos’s Naked Security blog describes, a private investigator was sentenced last week to three months in jail, after being found guilty of charges related to hacking email accounts belonging to high profile Scientology critics.

Eric Saldarriaga, of Astoria, New York, is said to have hired hackers online to secretly break into over 60 email accounts, including those belonging to two people who recently featured prominently in the book and HBO documentary “Going Clear”. Saldarriaga, however, wasn’t the only one doing something wrong.

For instance, the hackers he hired furnished him with the usernames and passwords of those he was investigating. According to Assistant US Attorney Daniel Noble, those hired hackers were based overseas – making investigation more difficult and charging them with offences less likely.

But what about the other side of the equation?

Saldarriaga wasn’t interested in his targets on a whim. Someone was paying him to break into the email accounts of Scientology critics.

Victim Tony Ortega implored the judge in his victim impact statement to investigate who might have hired Saldarriaga to have him hacked: 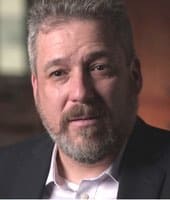 I explained to Judge Sullivan about the astronomical coincidence it would require for Saldarriaga to target me and Mike Rinder and not do so on behalf of the Church of Scientology. Rinder left Scientology in 2007 after working as its international spokesman – since then, he’s been working hard to publicize the church’s controversies and abuses, and it’s made him the subject of intense surveillance and harassment by Scientology private investigators, something I’ve experienced myself as a journalist who writes about the church. As Rinder explained in his own victim impact statement, which he submitted Thursday, “The only thing Tony Ortega and I have in common is that we are at the top of Scientology’s enemies list, because we have publicly exposed their abusive practices.”

Mike Rinder made similar accusations that Scientology must have been involved in the hack in his statement to the court: 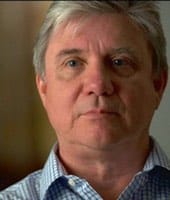 “Scientology may well have used a “cut-out” to hire Mr. Saldarriaga so he can claim ignorance. But following the payments will ultimately go back to Scientology. This should be investigated as this is a pattern of behavior Scientology has gotten away with for too long – while making a mockery of the First Amendment protections they claim as a religion and a falsely obtained tax exempt status. Scientology is violating public policy by hiring people to commit felonies, and that is compounded by the fact they are using tax exempt funds. This sort of criminal behavior should cost them their exempt status under the law – these activities are being subsidized by US taxpayers. This will happen only if the USAO pursues this matter back to the perpetrators. Only then will justice truly be served.”

To Rinder and Ortega’s disappointment, Judge Richard J. Sullivan said it was not his court’s responsibility to investigate the Church of Scientology.

I don’t know whether Scientology hired Saldarriaga to spy upon its critics, and whether that was why all those email accounts got hacked. But it’s clear that the investigation shouldn’t end with Saldarriaga’s imprisonment.

If you haven’t yet seen Oscar-winning film-maker Alex Gibney’s “Going Clear” documentary yet, I heartily recommend it. It’s an eye-opening examination of just how far Scientology is prepared to go to silence and intimidate its critics.

Going Clear: Scientology and the Prison of Belief - Official Trailer

7 comments on “Who paid private investigator to have Scientology critics hacked?”