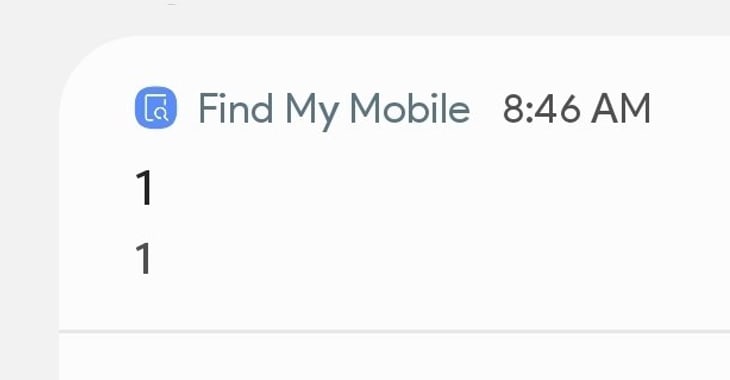 Many owners of Samsung smartphones have received an odd notification from the Find My Mobile app:

What the heck could that mean?

Curious users who clicked on the notification message found that it simply disappeared, leaving them none the wiser.

Anyone else get that find my mobile push notification that just about gave me a heart attack?

Got a mysterious find my mobile notification. Was scared that someone tried to track me but it seems thousands of people got this? @SamsungMobile what's happening pic.twitter.com/g2NxB1ZjCT 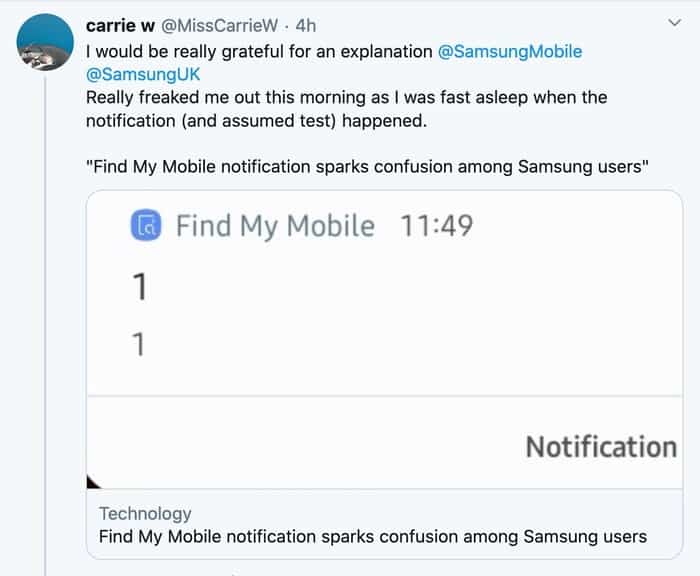 Could it be an hacker attempting to exploit a vulnerability? After all, we’ve seen some pretty bizarre exploits spread via smartphone messages in the past.

The truth, however, is this – no, it’s nothing malicious. It’s just a cock-up, as Samsung explained on Twitter:

“This notification was confirmed as a message sent unintentionally during internal testing and there is no effect on your device. Samsung apologises for any inconvenience this may have caused to our customers and will work to prevent similar cases from occurring in the future.”

It’s not the first time a test message has accidentally gone to the wider public, and it’s certainly not the biggest freakout that has ever occurred as a result.

Remember when the people of Hawaii were petrified to receive an alert on their smartphones telling them that North Korea had fired a ballistic missile at them?

That bogus alert happened for the same reason – someone pressed the wrong button.