Are Americans dumber than Russians?

Wait. You don’t have to rush to answer that, because a computer security company has done the hard work for you, and come to a definitive conclusion: 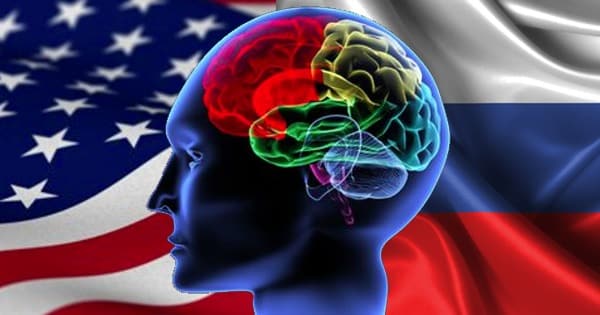 In an interview with Antone Gonsalves of CSO, Tom Kellermann, chief cyber-security officer for Trend Micro, expands on his opinion of Russians being smarter than Americans:

“Russians are more intelligent than Americans. They’re more intelligent because they think through every action they take to a point where it’s incredibly strategic. They’re operating at eight to 12 steps ahead on both the offensive and defensive side of the (chess) board.”

(For the record, Tom Kellermann is himself an American. Trend Micro, meanwhile, is a computer security company that likes to present itself as being American, Japanese or Taiwanese, depending on who is asking.)

Now, I’m not so sure it’s easy to paint an entire nation of people as being less intelligent than another. Historically, people have attempted to suggest that their race is somehow better than another, and it typically hasn’t turned out that well.

And I don’t think it’s helpful (particularly with some of the loose and lazy accusations going on against Russian hackers right now) to suggest that one country’s hackers are more dangerous than another.

Such lazy comparisons smell a little bit of security companies painting foreigners as “bogeymen”, who should be especially feared. And why on earth would a company selling security solutions want to do such a thing?

The truth is that a hacker’s nationality is irrelevant when it comes to assessing their capabilities. There are dumb and smart hackers all around the world.

And, seeing as Trend Micro wants to talk about chess – let me pontificate on that too.

I’m a (rather poor) club-level chess player and I think being good at chess is not helped so much by intelligence, but by good memory, pattern recognition, visualisation, focus and (at the higher levels of the game) endurance.

For what it’s worth, the strongest tournament in the history of chess is taking place right now in Saint Louis, where six of the nine top players in the world are competing.

So, there aren’t any Russians playing in the tournament. Maybe Trend Micro would have us believe that they’re all too busy hacking…

It’s a terrific contest by the way, which you can watch for free online. The Italian is currently in the lead, having confidently beaten Magnus Carlsen of Norway last night.

I’ve spoken to thousands of journalists about computer security over the last 20+ years, and I know how easy it is to put my foot in my mouth and say something stupid without realising.

Additionally, things sometimes get misquoted or garbled by journalists who haven’t properly transcribed the conversation, or got confused while trying to make a point clearer to their readers. Normally things work out pretty well, but when it does occur I prefer to think this is usually done by accident rather than because the media are trying to change a quote to make a story sexier.

But Antone Gonsalves is an experienced security journalist, and not the kind to get things wrong. On this occasion, my suspicion is that it was Kellermann saying something simply daft rather than his views being misrepresented.

PS. America’s top grandmaster, Hikaru Nakamura, is sponsored by Red Bull and is regularly seen with a can by his board. Definitely a hacker then…