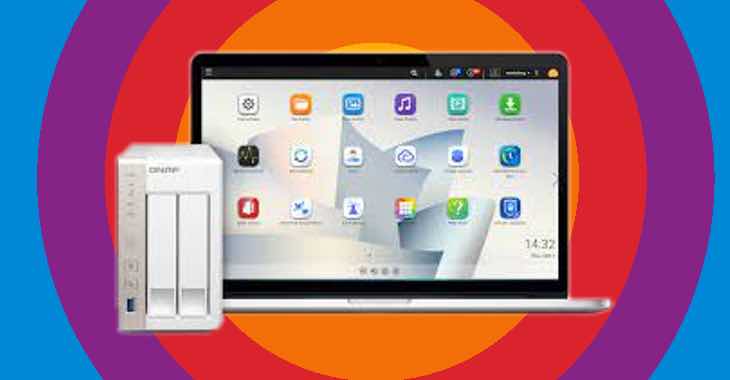 Owners of QNAP NAS drives have been advised to “take immediate action” in the wake of a new wave of DeadBolt ransomware attacks.

According to a news release by NAS manufacturer QNAP, the DeadBolt ransomware is exploiting a vulnerability in QNAP’s Photo Station software to encrypt data stored on victim’s drives.

The risk is that anyone using Photo Station on a QNAP NAS drive to manage their videos and photo albums could be putting priceless data and personal memories at risk.

Statistics from Censys, which tracks Deadbolt ransomware infections, has reported close to 20,000 infected devices in recent days – with the largest proportion located in the United States. 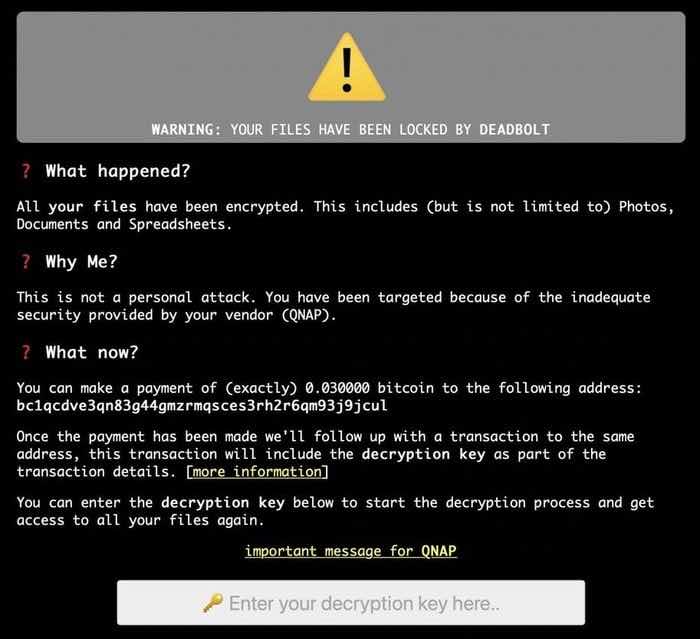 Taiwanese firm QNAP said in its security advisory that it released a patch for the Photo Station app within 12 hours of assessing the risk, and is urging all users to update their systems.

The company says that the following versions of of its software have already been fixed:

In its warning, QNAP said that its NAS drives “should not be directly connected to the internet”:

“We recommend users to make use of the myQNAPcloud Link feature provided by QNAP, or enable the VPN service. This can effectively harden the NAS and decrease the chance of being attacked.”

QNAP is further recommending that customers switch to using another of its products, QuMagie, to manage their photo storage instead of Photo Station.

You get the feeling that QNAP doesn’t feel terribly comfortable supporting and recommending Photo Station any more.