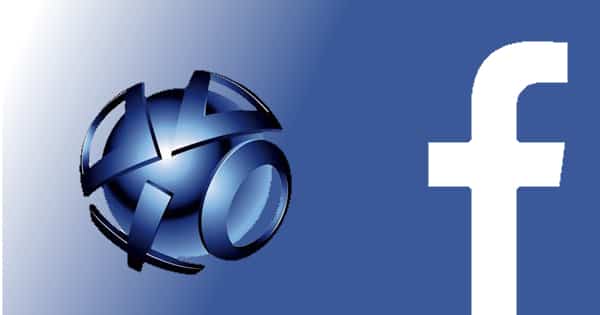 Facebook and the Sony PlayStation Network have both blocked users because they deemed their first names “offensive” or otherwise inappropriate. 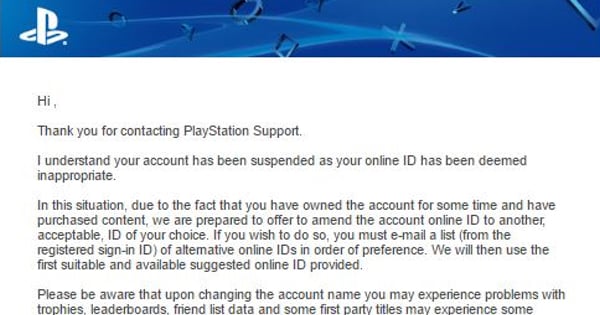 “In this situation, due to the fact that you have owned the account for some time and have purchased content, we are prepared to offer to amend the account ID to another, acceptable, ID of your choice.”

But several days later, another representative from Sony informed Al Mofadda they had banned his account indefinitely: 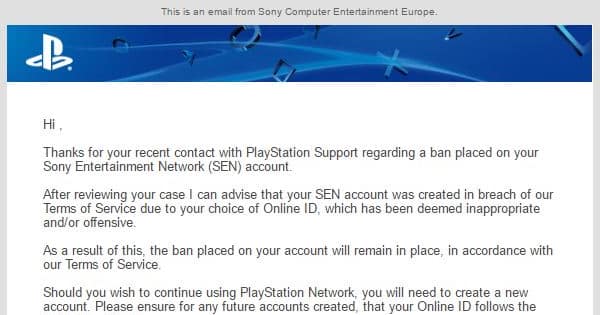 “After reviewing your case I can advise that your SEN [Sony Entertainment Network] account was created in breach of our Terms of Service due to your choice of Online ID, which has been deemed inappropriate and/or offensive.”

Sony clarified its decision to ban Al Mofadda’s account in a subsequent email. As quoted by Kotaku:

“As stated in our previous email, we have to consider the network as a whole and we need to take every ones feelings into account. I can appreciate that your name has many meanings but it has one meaning that a lot of users find offensive and there for, when a report was submitted the decision to ban your account was taken.”

Outraged that Sony would ban his name because of its partial association with terrorists, Al Mofadda took his story to Reddit.

The publicity his tale garnered there and elsewhere ultimately led Sony to once again offer him with the chance to change his account name. Doing so would allow him to keep his content, but he would have to give up all his stats and trophies in the process.

Unfortunately, Al Moffada isn’t the only person who’s been locked out of their web accounts as a result of their first names. 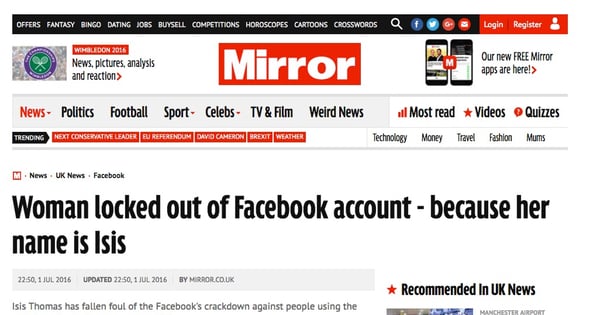 Isis Thomas, 27, of Bristol, was recently denied access to her Facebook account as a result of the social networking site’s ongoing efforts to presumably remove profiles owned and operated by members of the Islamic State, or “ISIS.”

As she told Britain’s Daily Mirror:

“I just tried to log in and when I did, the password went through and this box came up asking me something about changing my name. I was on Facebook as Isis Worcester, because when I first signed up years ago I didn’t use my real name, which is Isis Thomas, because of where I worked at the time. I thought it was about the surname, so I just changed it to Isis Thomas. But that didn’t work and I realised they had a problem with me being called Isis.”

Isis sent her ID to Facebook to prove that her account is legitimate. As of this writing, the site has yet to respond to her message.

As most of us know, the Islamic State does operate on social media sites like Twitter and Facebook, and it does have the capability to launch distributed denial-of-service (DDoS) campaigns as well as other attacks. But just as a script kiddie can take down a website as effectively as an ISIS member (as we’ve argued before), so too should people with the first names “Jihad” and “Isis” not be discriminated against because of their first names.

“…The point is that when we can’t even allow people to use their own first names because we’re all petrified by terrorism, things have gone a bit too far.”

If you are on Facebook, and want to be kept updated with news about security and privacy risks, and tips on how to protect yourself online, join the Graham Cluley Security News Facebook page. We don’t care what your name is…