A new app called Peeple is due to be released. And many folks aren’t happy about it.

Peeple is being promoted by its creators as “a way to find out somebody’s true character.”

Various news organizations are referring to the Peeple app as “Yelp for humans” – allowing you to review and rate people professionally, personally and even romantically online. 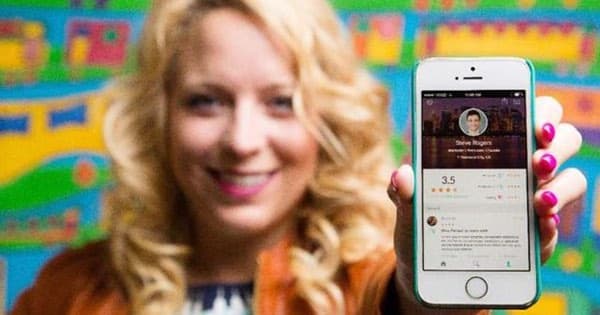 In a TV interview on Alberta Prime Time, the app’s founder, Julia Cordray said that the idea for the new application was borne out of a conversation between her and co-founder, Nicole McCullough.

According to Julia Cordray, the purpose is for someone to find out more about everyone you interact with, whether it is your babysitter, your childís teacher, or your neighbors.

What could possibly go wrong here?

Julia has stated that there will be built-in safeguards to protect against bullying and false statements. Two of those safeguards are an age check (you must be 21 to join), and the requirement that each account is tied a Facebook account that is more than six months old.

Another safeguard is that you must register your cell phone number, to which a PIN will be sent to allow you to log in.

Put on your hacker hat for a moment and think how you can bypass all of those safeguards.

While I do not want to give step-by-step instructions, the idea of a “sockpuppet account”, a 5-star negative review and a burner phone, immediately come to mind.

But fear not, as negative reviews will be delayed for 48 hours in order to allow mediation in the case of a dispute.

However, the mediation is not performed by the owners of the app. Instead, it is sent to the target’s inbox, who is now given the opportunity to contact the reviewer to resolve the dispute.

Hmm. I wonder how a babysitter who is probably younger than 21 is supposed to handle that?

Many took to Twitter to express their concerns regarding Peeple.

Nothing could stop me from signing someone up for #Peeple using a fake number, so they can never claim the profile or dispute reviews.

This is how #Peeple says you can dispute a bad review of yourself. Like, how do you "work it out"? pic.twitter.com/fBg1G36NFr

This Peeple thing, I hope anyone naive enough to think it is a good idea never personally expereince why it is horrible.

I like to be an optimist, but the internet’s track record for rating sites has not proven to be a bastion of empathy and compassion.

I only hope that Julia and Nicole have a long hard think about how they are going to handle the potential risks surrounding their Peeple app before it goes live, lest things take a sinister turn.

4 comments on “Peeple – the creepy app that lets others rate, review and bully you online”