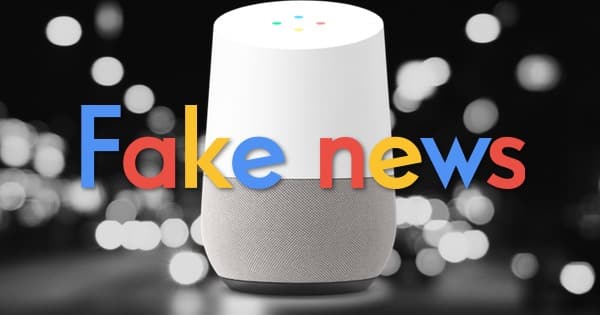 It’s true what they’re saying – you do have to be careful where you are getting your news from.

There are no end of conspiracy websites and YouTube videos spouting nonsense about all manner of subjects, and as links are so easily and rapidly shared on social networks some folks find it hard to weed out the nonsense from serious journalism.

And it’s not just websites.

Take Google Home, for instance, the allegedly ultra-smart digital assistant that you might have purchased believing it would make your life easier to manage.

And here's what happens if you ask Google Home "is Obama planning a coup?" pic.twitter.com/MzmZqGOOal 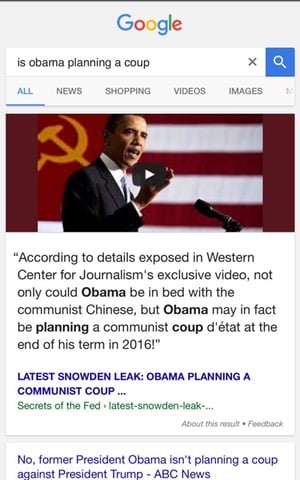 “According to details exposed in Western Center for Journalism’s exclusive video, not only could Obama be in bed with the communist Chinese, but Obama may be in fact be planning a communist coup d’état at the end of his term in 2016!”

As others have pointed out, there are many examples of Google giving very bad, preposterous and – of course – utterly inaccurate answers to searchers’ questions.

At least Google’s search results tell you where it is sourcing its information from so you can apply a liberal (ho ho…) helping of salt to what it tells you.

To err is human. Google proves once again that to really screw things up you need the internet of things.