A few hours ago Twitter was ablaze with rumours that the New York Times could be suffering from a massive internet attack.

After all, users attempting to visit the prestigious newspaper’s website were greeted with the following curt message:

It’s almost inevitable in these days of frequent cyber attacks, including ones targeted against media outlets, that an unexpected downtime of the New York Times website would lead some to suspect sinister forces at work.

Indeed, Fox Business published a story claiming that unnamed sources had confirmed the site was “experiencing a cyber attack”.

It’s not a completely outlandish notion. After all, hackers were found some months ago to have broken into the newspaper’s systems with the intention of spying upon reporters.

However, the New York Times tweeted about its outage, saying it believed the problem was an internal one. 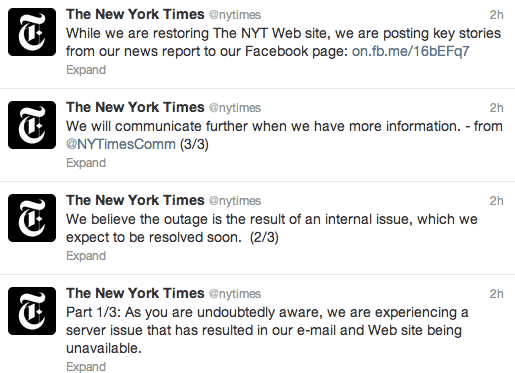 I haven’t seen anything yet to dispute the New York Times’s claim that the outage was the result of an internal issue, rather than an attack by malicious actors. I’m inclined to believe them for now, until or unless something more concrete emerges. 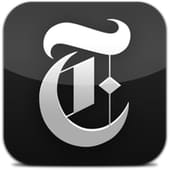 Although an internet attack is definitely possible, it’s also possible that some guy in the IT department has managed to mess up somehow, jumbling the newspaper’s DNS settings, and it’s taking some time for things to get back in order.

Certainly, I haven’t seen any claims by the Syrian Electronic Army (who *did* hack accounts belonging to the New York Post this week) that this is their doing, and a denial-of-service attack is hardly their normal modus operandi anyway.

Reacting to the outage, the newspaper started posting its stories to its Facebook page – no doubt delighting those who normally have to stump up cash to read the newspaper’s articles.

At the time of writing, the New York Times website appears to be back online. Let’s hope it stays that way.

Update: The New York Times has officially confirmed that it was not the victim of a cyber attack. Spokeswoman Eileen Murphy blamed the outage on a scheduled maintenance update which went wrong:

“The outage occurred within seconds of a scheduled maintenance update being pushed out, and we believe that was the cause.” 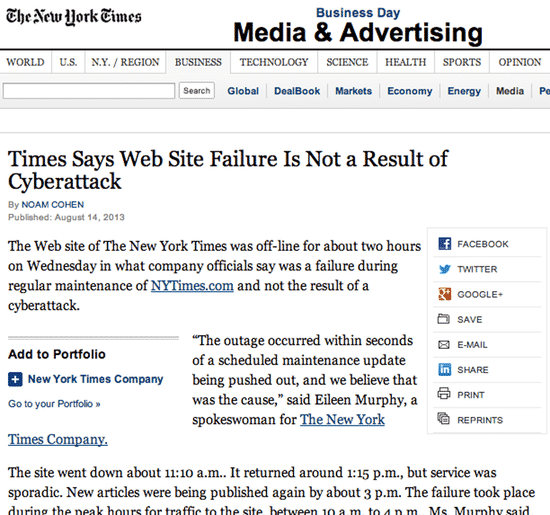 So, my hunch was right.

Maybe Fox Business should go back to its unnamed source, and ask them where they got their facts from. Indeed, maybe Fox shouldn’t be so quick to assume malicious hackers are at work next time.