A lawyer representing Mirror Group of tabloid newspapers has argued that while unauthorised access to voicemail messages was “unlawful and wrong” it did not result in “permanent harm”. 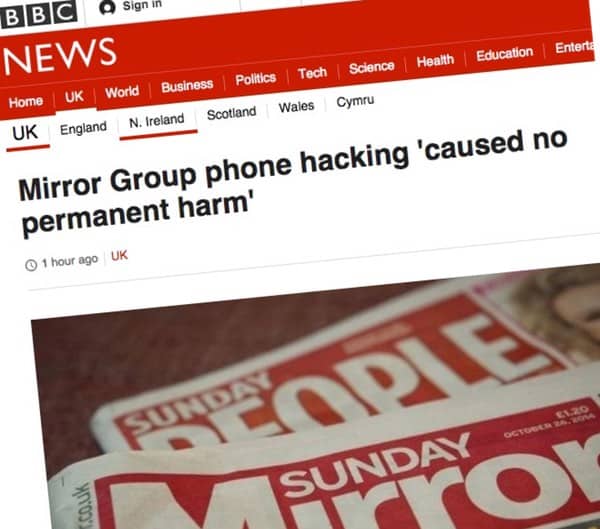 Matthew Nicklin QC told the High Court hacking was “unlawful and wrong” but none of the victims in the case claimed their lives had been “ruined”.

The firm has admitted publishing more than a 100 stories based on hacking the claimants’ voicemails from 1999-2009.

Mr Nicklin said hacking was an “unwarranted and unacceptable intrusion into people’s private lives and it shouldn’t have happened”.

He did not suggest what damages should be paid, but said none of the claimants had their ability to work impaired or needed psychiatric care as a result.

“While they may be upset and even angry” about it, he said, “not one of them has claimed – nor could they – that their lives have been ruined”.

It’s an interesting point of view, and not one I would agree with. I guess it would depend on your definition of “harm” and “ruin”.

Certainly, the personal cost inflicted upon the private lives of some celebrities appears to have been considerable. 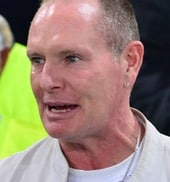 Just check out the impact the hacking is said to have had on the likes of footballer Paul Gascoigne, Coronation Street’s Shobna Gulati and her family, as well as Eastenders actors Shane Richie, Lucy Benjamin and Steve McFadden.

“I was scared to speak to anybody… my parents, my family and kids, it was just horrendous. And people can’t understand why I became an alcoholic.”

“It is very sad to me that a lot of damage has already been done to my family that cannot easily be fixed… My apologising to them now cannot turn back the clock for things I have said to them and the hurt that this has caused.” – Paul Gascoigne

The newspaper group has already settled a number of other phone-hacking claims from celebrities.

For those not up to speed, here is a video I made last year when Mirror Group first admitted that their staff had been hacking into voicemail accounts. In it you can hear Jeremy Paxman’s claim that Piers Morgan taught him how to hack phones, and a brief karaoke performance of a Beatles song from me.

Piers Morgan is not being tried in the current court case, and has strenuously denied that he had any knowledge of any phone hacking while he was an editor at Mirror Group.

5 comments on “Did phone hacking by Mirror newspapers cause ‘harm’?”