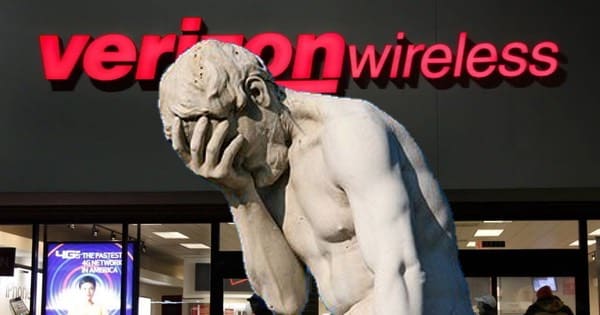 A Florida inmate has sued Verizon Wireless for $72 million because he feels the company’s negligence allowed him to steal another man’s identity.

On 29 December 2016, James Leslie Kelly filed a lawsuit with the United States District Court in Tampa against Verizon. In it, he accuses the wireless telecommunications company of having caused him “substantial harm and damages as well as, pain and suffering, the diminished capacity to enjoy life and, emotional duress… [sic].”

Kelly’s apparent grudge against Verizon dates back to 7 May 2015. On that day, Kelly entered a Verizon Wireless store in Highlands County, Florida. Kelly says he submitted a valid driver’s license to a Verizon specialist, who pulled up a Verizon account belonging to another James Kelly who had a different middle name. The specialist apparently failed to spot the difference.

The Florida man spent an hour and a half in the Verizon shop that day, reports WFTV. During that period of time, he abused the other James Kelly’s account to purchase $300 worth of products.

Kelly feels it is Verizon’s negligence that allowed him to steal the other man’s identity, which in turn led to his arrest and a 10-year prison sentence.

As he alleges in his handwritten complaint:

“[The] Verizon employee… failed to take a course of action that a reasonably minded person would normally do when encountering the obvious discrepancy that is alleged.” 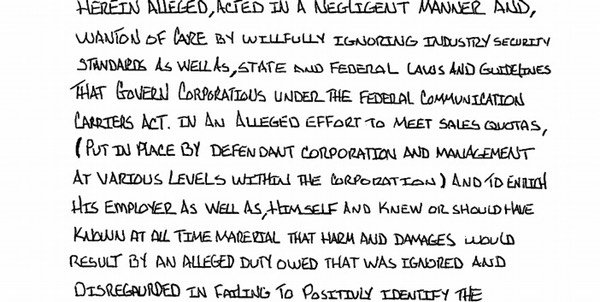 Should the Verizon specialist have spotted the error? Yes, but everyone is allowed to make a mistake.

If Kelly had been an upstanding gent, he would have notified the specialist of the error. By no means should the Florida man, who has a criminal record dating back to 1985, have capitalized on the mistake to commit identity theft. He’s accusing Verizon when he’s the only person to blame here.

Fortunately, not every dog has its day. The Register writes that the Tampa court is already moving to throw the case out. Kelly can then spend the rest of his prison sentence thinking about how he needs to take responsibility for his own actions on the other side of the fence.