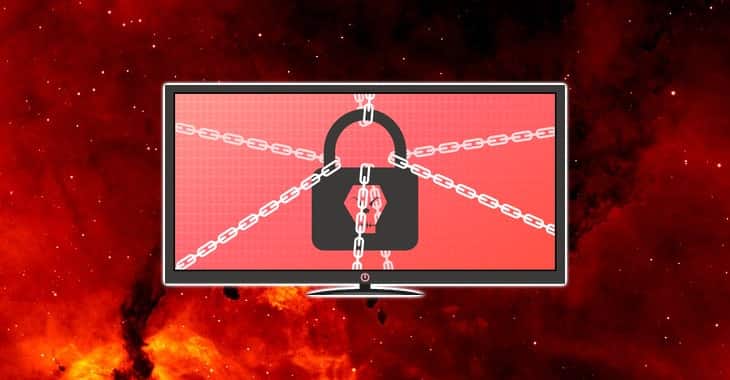 Here’s something you don’t see every day.

The Governor of Louisiana has declared a state of emergency in response to a wave of ransomware attacks in the US state. 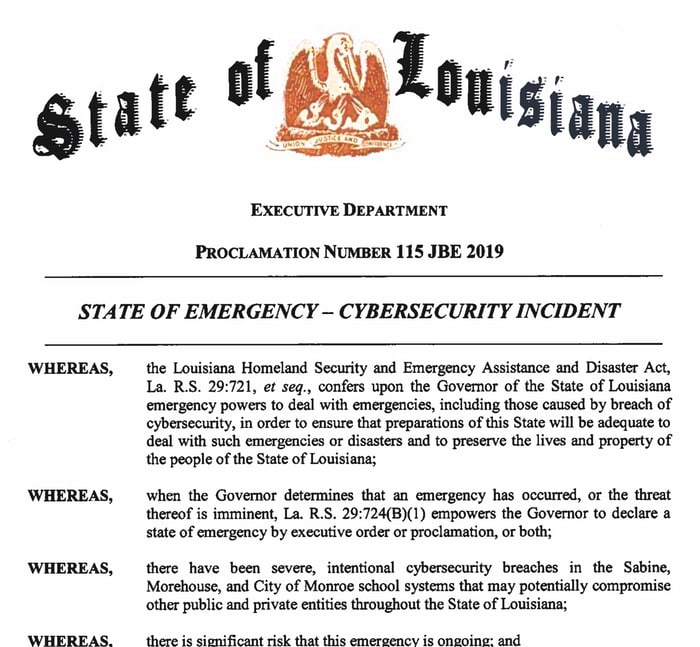 Governor John Bel Edwards made the declaration following a series of “severe” ransomware attacks that hit school networks in the Sabine, Morehouse, and Ouachita parishes of North Louisiana.

Sure enough, the website of Monroe City Schools currently has a message to visitors confirming that its systems were compromised on 8 July: 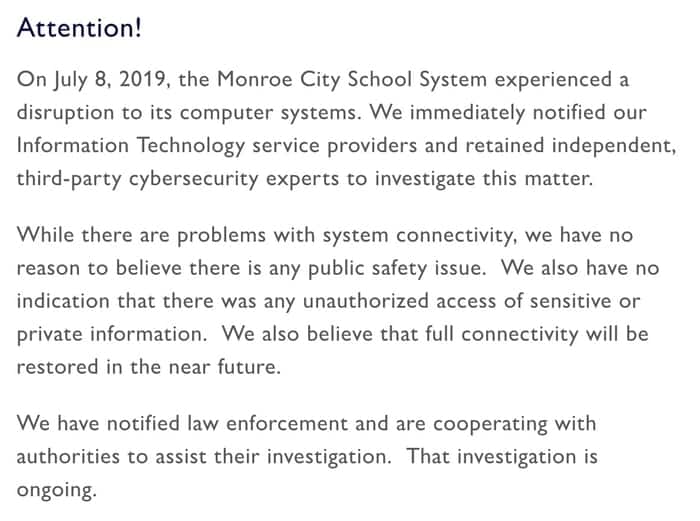 The report goes on to describe how the ransomware attack has impacted the principal of Florien High School in Sabine Parish:

“Eddie Jones… said his technology supervisor got an alert on his phone about 4 a.m. Sunday about unusually high bandwidth usage, particularly considering the time of day and the summer break. They were told a ransomware virus was discovered installed on their system, he said.”

“Jones doesn’t think any sensitive information was lost. What is lost, he said, is anything and everything housed solely on the School District’s servers. For Jones, he said that means 17 years of documents he created — speeches, test schedules, master schedules, etc.”

Don’t wait until ransomware strikes and then push the button marked “emergency response.” Make sure you take preventative measures in advance, such as making secure offsite backups of anything you cannot afford to lose.

Recent months have seen a spate of ransomware attacks against various US cities, some of which have resulted in criminal gangs successfully extorting millions of dollars.

A surprising number of cities it seems are prepared to resort to paying a hacker’s ransomware demand if they can’t restore data easily or quickly enough, or without incurring more expense than the extortionists themselves are requesting. This inevitably encourages more ransomware gangs to try their luck by targeting what they view as low-hanging fruit.