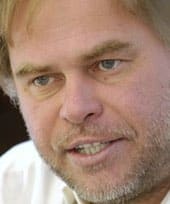 A few days ago there was a huge kerfuffle over allegations, published by Bloomberg, that Russian anti-virus company Kaspersky had “close ties to Russian spies”, deliberately didn’t report on malware that could have been sponsored by the Kremlin, and that CEO Eugene Kaspersky regularly visited the sauna with FSB intelligence officers.

They’re pretty serious allegations, but to my mind Bloomberg failed to back them up with evidence. In fact, I would score the fracas as 3-0 in Kaspersky’s favour.

Now, the Wall Street Journal is playing catch-up with its own report into “When Cybersecurity Meets Geopolitics”, naming America’s FireEye, Kaspersky Labs and the Dutch security firm Fox-IT as having close relationships with their national governments.

There doesn’t appear to be any new commentary from Kaspersky Lab in the article, instead it refers to the Bloomberg allegations and quotes from a response posted by Eugene Kaspersky himself.

But what I found under-the-belt was how the WSJ reported the sauna allegation:

“Bloomberg asserted Kaspersky attends sauna nights with Russian spies and is deeply intertwined with the Kremlin. Kaspersky didn’t deny the sauna gatherings, but argued they weren’t conspiratorial and the presence of spies was coincidental.”

I don’t think that’s accurate. Eugene Kaspersky admitted he goes to the sauna with his Kaspersky Lab workmates, but denied he’s scrubbing the back of the FSB, or having secret assignations with the Kremlin in the hot baths.

Just read his rebuttal of the Bloomberg report.

He said: “It’s not impossible that there might be Russian intelligence officials visiting the same building simultaneously with me, but I don’t know them.”

That’s quite different from what the Wall Street Journal is implying.

It feels like the WSJ is deliberately misrepresenting Kaspersky’s denial to sow the seeds of doubt in conspiracy theorists’ minds.