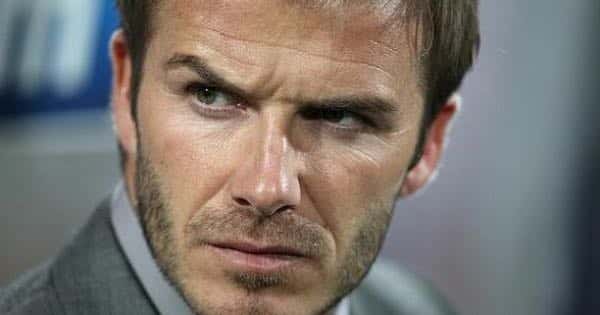 Superstar ex-footballer David Beckham has reportedly refused to pay an extortionist £1 million after a cache of private messages were stolen from his publicist’s email system. 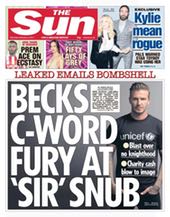 News of the embarrassing leak became public knowledge this weekend when tabloid newspapers reported that hackers had managed to access millions of emails and documents from the servers of Doyen Global, run by Beckham’s PR chief Simon Oliveira.

My guess is that the hackers weren’t specifically targeting Beckham, but stumbled across emails from the former England soccer captain after gaining access to Doyen Sports’s systems.

The hack, which has been dubbed Beckileaks (sigh…), is sure to be embarrassing to Beckham – as it claims (amongst other things) he was less than pleased not to have received a Knighthood from the Queen, and was upset that singer Katherine Jenkins had been awarded an OBE.

According to reports, the hacker – going by the name Artem Lovuzov – told Doyen Sports’ CEO Neilo Lucas that a ransom would need to be paid for further private messages and documents to be destroyed:

“The leak is a lot bigger than you imagine… a generous donation, and you can be sure that all the information I possess will be destroyed.”

“I’m giving you until 16.00 on Tuesday to contact my lawyer with a view to a proper resolution to this impasse.”

Beckham’s PR team, meanwhile, has attempted to downplay the validity of the leaked emails:

“This story is based on outdated material taken out of context from hacked and doctored private emails from a third party server and gives a deliberately inaccurate picture.”

Of course, you shouldn’t give in to blackmail threats like this. If nothing else, there is no guarantee that they will stay true to their word and not reveal further documents if you do agree to pay the ransom demand.

And behind her fragile, butter-wouldn’t-melt exterior, Katherine Jenkins is a tough cookie. She can handle herself. I’m sure she’s had worse happen to her than a few people bitch about her in a private email…

Remember – even if you’re a relatively small company, you need to have sensible security in place to reduce the chances of a hack attack being successful. Don’t just think about whether you might be a target for hackers, but also whether the data you store about clients (including their communications with you) might have a value if they fell into the wrong hands.