An all-star panel of celebrity judges (Kelly Jackson-Higgins of Dark Reading, Wendy Nather of 451 Research and Illena Armstrong of Haymarket Media and SC Magazine) took a long list of great security blogs and whittled it down to a handful of finalists in various categories.

There are some great and well-respected blogs which have been named as finalists, which means that I’m chuffed to tell you that Graham Cluley Security News has been nominated for:

It’s particularly touching as I only began this website in the middle of last year, when I struck out as an independent from my old haunt at Sophos’s Naked Security site.

(By the way, my old chums at Nak Sec will no doubt be pleased to hear that they’ve also been nominated – in the prestigious category of “Blog That Best Represents The Security Industry”. Well done to them!) 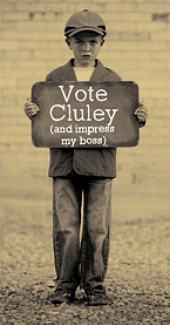 The winners will be announced during RSA next month in San Francisco. Unfortunately, I won’t be there to either do celebratory handstands on a pool table, or to drown my sorrows in a cranberry juice.

However, I feel proud just to have my website make the shortlist alongside such a great list of security experts and their blogs.

Thanks to everyone who has supported Graham Cluley Security News. It’s still early days – and there are big plans for the future. Watch this space!