It seems there’s a serious privacy bug affecting Google Talk right now, with users reporting that their private conversations are being shared with the wrong recipients.

Worried users of Google’s chat services have turned to Twitter and the company’s support forums to report the issue, which has seen people incorrectly receiving messages that should have only been seen by other users. I was chatting with contact A when suddenly contact B pops up with a message asking me about things I was saying to A. Upon searching my chat history with B, I see my messages to A there, one-sided so it was out of context for B. This was obviously quite shocking, so I told contact C about the issue. I suspected an issue with Hangouts in Google+, which I don’t use often but have an account for, and upon opening Hangouts history with A, I see my messages to C there.

It appears that the messages aren’t being shared with *complete* strangers, but with other users in the sender’s address book.

Of course, that doesn’t make the bug any less serious – just imagine if you were sharing some candid thoughts with a work colleague about your company’s chief marketing officer, only for the CMO themselves to be sent it!

It’s not immediately clear what has caused the issue, but TechCrunch speculates that the privacy bug has arisen because of a goof-up in how Google Talk communicates with Google Hangouts.

All that is Google is saying at the moment is that it is “investigating reports of an issue”. 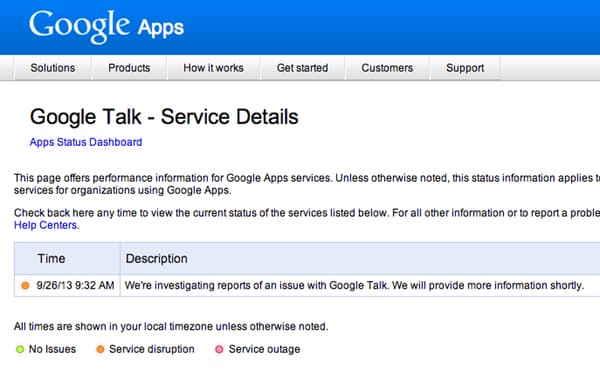 While the world waits for a fix, it might be wise to hold off from using Google Talk for a while.