Google has responded to concerns about the rising number of smartphone thefts, by releasing a tool which can help you locate and wipe your lost Android phone or tablet.

Android Device Manager offers a similar service to Apple’s “Find my iPhone” facility, showing you on a map where your smartphone was lost spotted, and giving you the option to make it sound its ringer at maximum volume (even if its in silent mode) or even wipe its contents.

Such tools are a god-send to smartphone users, and not just if they have had their smartphone stolen. I can’t count the number of times I’ve put my phone down around the house, with its volume turned down, and had to use a service like this to find it.

And Android Device Manager comes at an opportune time. Politicians such as London Mayor Boris Johnson have put their weight behind groups lobbying for the vendors of smartphones to do more to make life harder for phone thieves.

In fact, some have even cynically intimating that some manufacturers might quite enjoy benefiting from smartphone theft as it can lead to more sales of devices to victims. 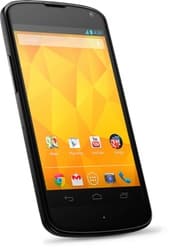 Indeed, this morning I was on BBC Radio 4’s “Today” program discussing this issue with technology journalist @KateBevan, who raised the spectre of thieves not only selling on stolen devices, but also gaining access to victim’s data and logging into their email and social networking accounts.

From the sound of things, however, Google hasn’t gone far enough with Android Device Manager.

Firstly, and surprisingly, there doesn’t seem to currently be a way of sending a message to display on the lost Android phone. For instance, “If lost, please return to Anthony Weiner. And – hey! – don’t read my texts, ok?”

And although it’s good that they’ve now given all Android users a way to locate and (if necessary) remotely wipe their devices just like their Apple cousins, there is nothing to stop criminals from factory resetting devices and selling them as if they were brand new.

That’s something which it appears Apple is addressing in the next version of its iPhone and iPad operating system, iOS 7.

iOS 7 aims to deter thieves from stealing your iPhone in the first place, by making it possible to force a thief who tries to reactivate your iPhone after a factory reset to enter *your* Apple ID and password. 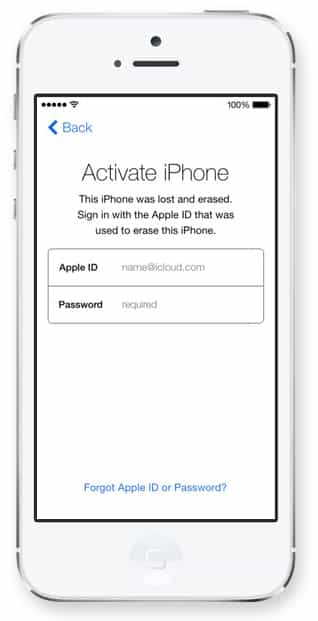 We’ll have to wait and see if the big-gun Android phone makers like Samsung go that extra step to provide a further level of protection to their customers.

In the meantime, whether you are using an Android or iPhone, take the necessary steps to better protect your devices in case of theft or loss.

Android users should set up Android Device Manager, including enabling remote wipes (which has to be set up on your device *before* you can trigger it remotely).

iPhone and iPad users should set themselves up with “Find my iPhone” and keep their fingers crossed that iOS 7 comes out soon to provide a higher level of security.

Make sure to register your expensive devices with police-backed services like the UK’s immobilise.com or the US’s www.immobilize.net, which can help the cops return a device to you if they find it in the possession of a criminal.

And all smartphone owners should ensure that their phone is locked when not in use (passphrases are much stronger than PIN codes – watch this video if you don’t know how you can make a stronger phone password that you can still remember).