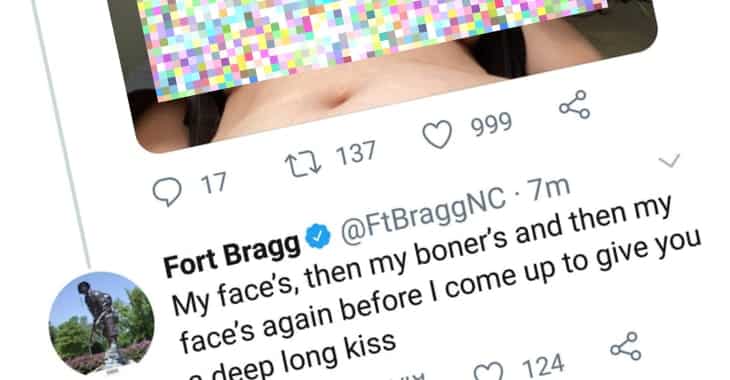 The Twitter account of the Fort Bragg US military base was deleted last night, after what it claimed was a hack.

But whether it really was hacked or not is up for debate.

What happened was this, someone posted a message on the Fort Bragg (@FtBraggNC) Twitter account praising images posted by self-proclaimed “wholesome pervert” Quinn Finite, who shares intimate adult images of herself in exchange for cash on the OnlyFans site.

Here is one of those messages, suitably redacted to preserve Ms Finite’s blushes. 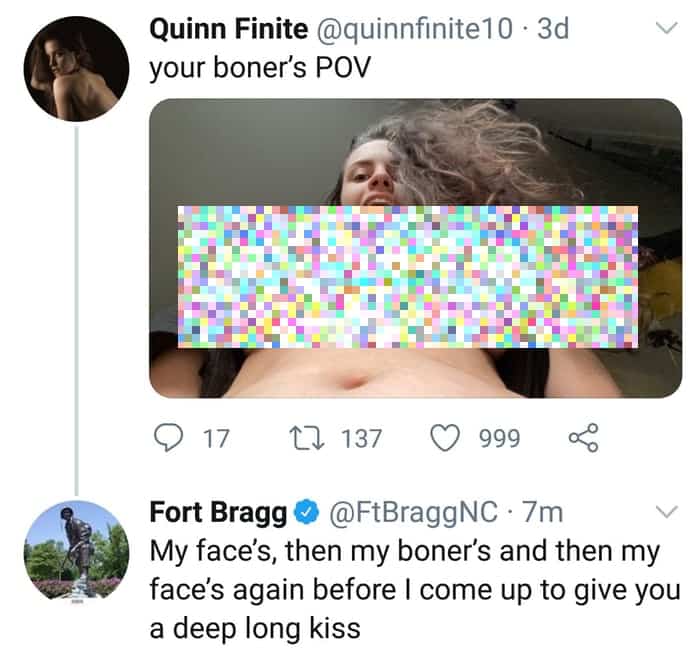 “My face’s, then my boner’s and then my face’s again before I come up to give you a deep long kiss”

To be honest, it could have been worse.

You can decide for yourself.

Fort Bragg certainly gave the impression that its account had been hacked, posting a tweet apologising for the “string of explicit tweets.”

“As many of you may know, there were a string of explicit Tweets from our account this afternoon. This was not the work of our admins. Our account was hacked. We apologize to our followers. We have secured our account and looking into the matter.” 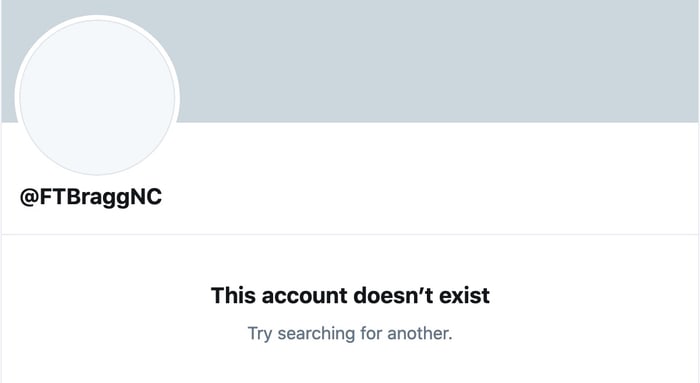 The work of a hacker? Or a deliberate choice by the military base while it tried to get a firmer grip on its social media activities?

There’s something for you to mull over…