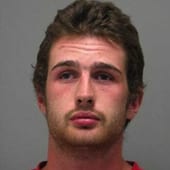 Perhaps it turns out that malware can be a good thing, after all.

21-year-old Jay Matthew Riley, of Woodbridge, Virginia, had an alarming pop-up appear on his computer a few days ago.

The warning message which was displayed on Riley’s computer claimed to be from the FBI and accused him of “child pornography” crimes.

The message probably looked similar to the one below, telling Riley to pay a fine or risk being investigated. 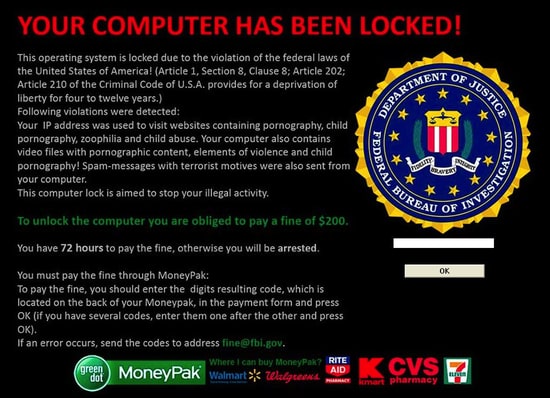 Of course, the message is fake. It’s displayed by all-too-commonly encountered ransomware, which locks victims’ computers and displays distressing messages about child sexual abuse in an attempt to trick computer owners into paying money.

So, what did Riley do?

Well, he didn’t pay the fine. Instead, he took his computer to his local police station, and asked them if the message was legitimate.

And there’s no problem with that… normally. After all, the police would probably be able to confirm that the message was the result of a malware infection rather than a genuine communication from the FBI.

But in Riley’s case there was a problem. And that problem was that he did have inappropriate messages and photos of underage girls on his computer.

A local TV station reported on the curious case:

Riley was charged with three counts of possessing illegal images, one count of using a communication device to solicit certain offenses involving children, and one count of indecent liberties with a minor.

We’re used to ransomware scaring users into making unwise payments to criminals, in an attempt to unlock their computer. What’s more unusual is ransomware actually leading to a man being held in jail.