Have you ever been curious just how much vetting Facebook does before it accepts cash for an ad or a sponsored post?

Judging by what’s popping up in some users’ newsfeeds, the answer is not that much. 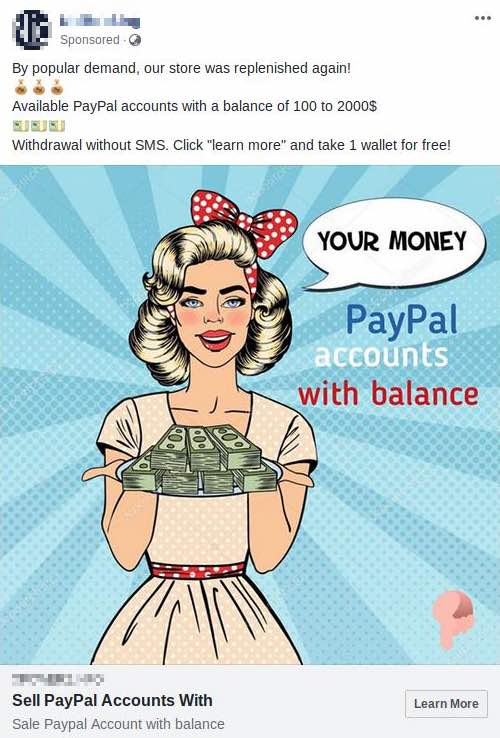 The website promoted by the sponsored post appears to be Russian in origin, and will charge you different amounts depending on how much money is sitting in the hacked PayPal account:

Oh, and if the ad is to be believed you will receive an extra PayPal wallet thrown in for free as part of the deal.

The website claims that the PayPal accounts are “100% valid”, and are not protected by SMS-based two-factor authentication (2FA).

Of course, don’t forget that you are buying something from people who have demonstrated they have no problem with criminality, so don’t be surprised if they rip you off too.