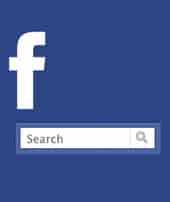 Facebook has announced that in the coming weeks it will be removing an option that has protected the privacy of some users – who didn’t want complete strangers to be able to look them up by name.

Facebook users who were particularly privacy-conscious, and didn’t want random strangers they met socially to look them up on Facebook, could limit the people who could search for them by name to just their friends or friends of friends.

The privacy option was called “Who can look up your Timeline by name?”, and controlled whether you could be found when people typed your name into Facebook’s search bar.

Facebook removed the option from users who hadn’t made use of it last December, but now it is removing it for all users – meaning that some Facebook users will no longer be as private as they used to be.

The setting was created when Facebook was a simple directory of profiles and it was very limited. For example, it didn’t prevent people from navigating to your Timeline by clicking your name in a story in News Feed, or from a mutual friend’s Timeline. Today, people can also search Facebook using Graph Search (for example, “People who live in Seattle,”) making it even more important to control the privacy of the things you share rather than how people get to your Timeline.

The setting also made Facebook’s search feature feel broken at times. For example, people told us that they found it confusing when they tried looking for someone who they knew personally and couldn’t find them in search results, or when two people were in a Facebook Group and then couldn’t find each other through search.

If you are one of the people who was using the privacy option, you will be reminded by Facebook that they are taking it away with the following pop-up message:

Jane, we wanted to make sure you know we’re removing the “Who can look up your Timeline by name” setting.

This setting controlled whether people could find your Timeline by searching for your name. We’re removing the setting because it isn’t as useful as it was before, and now there are better ways to manage your privacy using your privacy shortcuts.

Clicking on “Okay, I understand” will revoke the privacy setting, and you will join the masses of Facebook users who don’t mind being searchable by their names. There isn’t a “Actually, I am quite happy with things as they are. Please leave my privacy alone” option.

In fairness, Facebook is right that they provide a variety of controls to better police who can see the content you post on Facebook, and it would be a good thing if people made better use of them.

To its credit, the social network says it will soon display a message to users who are posting publicly – meaning that they are sharing content with not just their Facebook friends, but the cosmos.

In the coming weeks, people who are sharing posts publicly on Facebook will also see a notice reminding them that those posts can be seen by anyone, including people they may not know. The notice reminds people how to change the audience for each post.

Still, I think it isn’t necessary for Faceook to remove this privacy option from the users who chose to use it. But I’m hardly surprised. Over the years, Facebook has been on a slippery slope of eroding the privacy of its userbase.

Of course, most people never used this particular privacy option in the first place – and didn’t mind strangers being able to search for them on Facebook. After all, they could still choose to be careful about how they shared their private lives on Facebook, and who they accepted friend requests from.

But there were people who *didn’t* want to be searchable on the site, and they are the ones who have been let down by Facebook on this occasion.

Ultimately, as always with Facebook, you have to make a decision. Mark Zuckerberg makes the rules, you are not a paying customer, and you have no say. If you don’t like the way Facebook is going, maybe you should leave the site and permanently delete your account.

If you are still on Facebook, and want to be kept updated with news about security and privacy risks, and tips on how to protect yourself online, join the Graham Cluley Security News Facebook page.