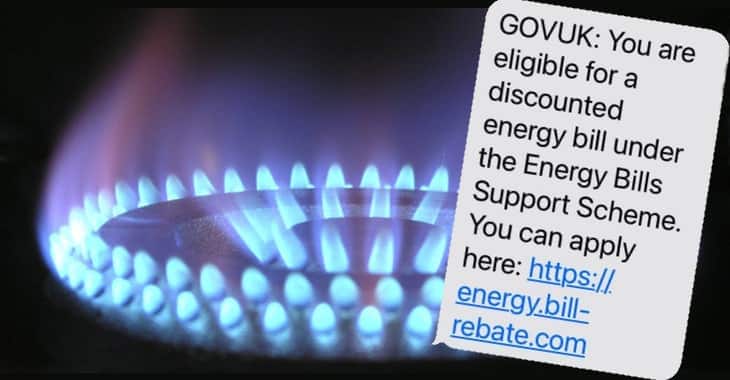 The UK’s National Cyber Security Centre (NCSC) has warned that fraudsters are sending out emails and SMS texts urging homeowners to sign up for a discount on their energy bills.

Amid a cost-of-living crisis, the British government announced that eligible UK households will receive a grant which will reduce energy bills by £400, starting in October 2022.

Predictably, scammers are taking advantage of the situation in order to dupe the unwary.

Reader Nicola shared with me a screenshot of an SMS she received, claiming to link to a site where recipients could sign up for their rebate. 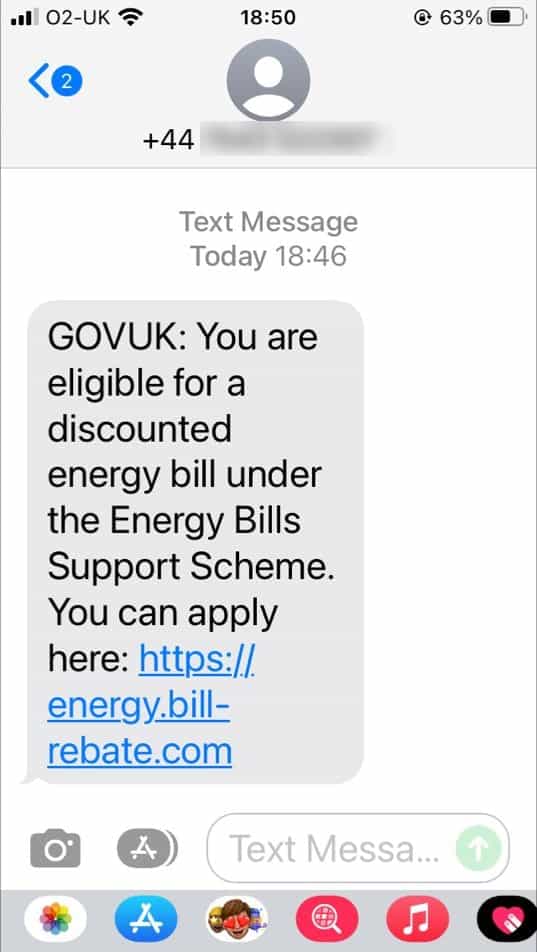 Of course, the message does not really come from the UK government, and the actual intention of the message is to phish personal information via a fake Ofgem website.

The truth is that your utility provider will give you your rebate automatically if you are eligible – you don’t need to sign up.

BBC News reports that it has seen other domains being used in similar scam messages, including:

Emails have also been seen which attempt to pull a similar scam.

The NCSC has called on recipients of SMS scam messages to forward them to 7726, and forward phishing emails to [email protected]