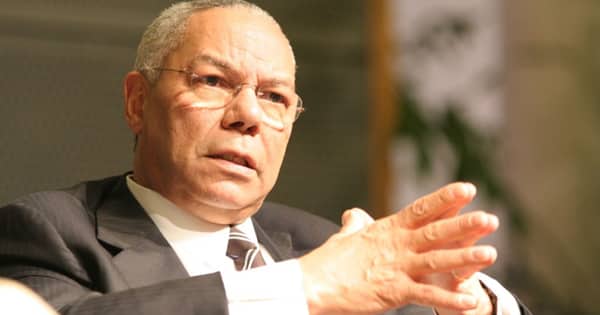 As the New York Times and others report, former US Secretary of State Colin Powell has had his personal Gmail account hacked.

26 months worth of Powell’s private email conversations, dating from June 2014 to last month have been posted online by a group calling themselves DC Leaks.

Amongst other things, the leaked emails show that Powell is not a fan of Donald Trump and has some scornful words for Hillary Clinton too.

Of course, the emails aren’t just embarrassing and damaging for the privacy of Colin Powell – they are also potentially humiliating for the people he was corresponding with, who have had their own private conversations exposed to the world.

And then I found it somewhat ironic, when flicking through some of the leaked emails, to stumble across an email Colin Powell sent Lee Fang at The Intercept, after the journalist asked if he had any idea how an email conversation between Powell and General Phil Breedlove had leaked. 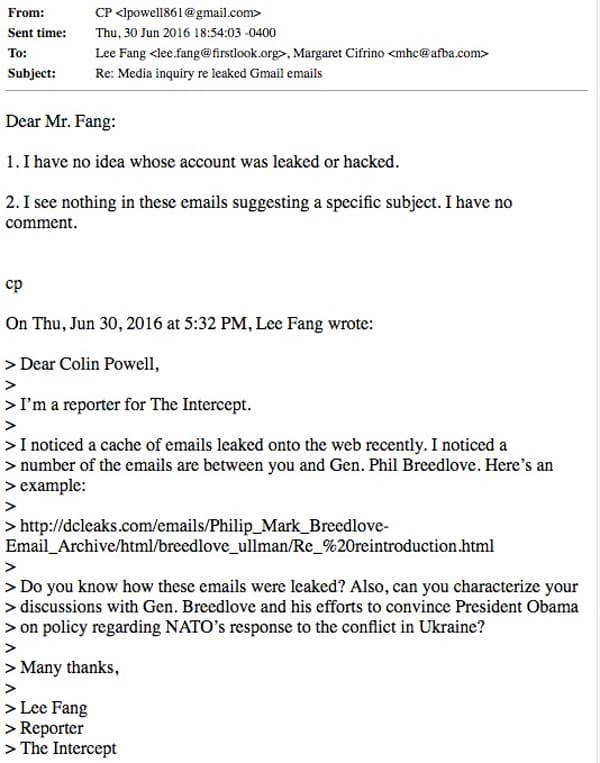 “I have no idea whose account was leaked or hacked.”

Well, I guess he has more of an idea now…

So, here is my advice for Colin Powell and anyone else concerned about the security of their webmail accounts:

We don’t know precisely how Colin Powell’s Gmail account was hacked, but it seems likely that he was careless with his password in some fashion, and failed to have additional security measures (like 2SV) in place to prevent unauthorised parties from accessing his messages.