Dropbox user Darrell Whitelaw got a surprise this weekend.

He uploaded a movie file to his Dropbox folder, and – during an instant message conversation – shared a link to it with an online friend.

And that’s where the trouble started.

Because the movie was copyrighted, and Dropbox – it appears – is attempting to stop copyright-infringers from sharing files via public Dropbox links.

This is what was seen when the link was accessed: 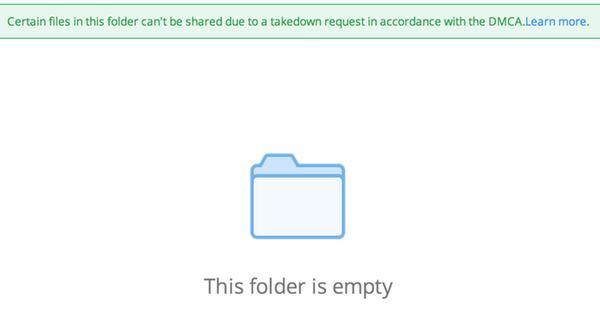 Certain files in this folder can’t be shared due to a takedown request in accordance with the DMCA.

Whitelaw tweeted the screenshot, which was rapidly retweeted by many other Twitter users over the weekend concerned that Dropbox might be snooping on users’ content, and explained:

I treat [Dropbox] like my hard drive, this shows it’s not private, nor mine, even though i pay for it.

The media, understandably, latched onto the story. The folks at Ars Technica reached out to Dropbox, who confirmed that it checks publicly shared links to files, and compares the hashes of shared files to those that have previously been subject to successful DMCA (Digital Millennium Copyright Act) takedown requests.

“We sometimes receive DMCA notices to remove links on copyright grounds. When we receive these, we process them according to the law and disable the identified link. We have an automated system that then prevents other users from sharing the identical material using another Dropbox link. This is done by comparing file hashes.”

There are a few important things to note here. Firstly, it doesn’t appear that Dropbox is doing this with all files stored on its data servers. Instead, it only appears to be done for files which are being shared with other internet users via the service.

Secondly, the content of the actual files are not being examined. Instead, Dropbox has a database of hashes (checksums, if you prefer) of files that have been previously been identified as copyright material that have been taken down by DMCA requests.

If you share a file with other internet users in a Dropbox folder that has the same hash as one on Dropbox’s list, you’ll no doubt have the same problem as Darrell Whitelaw and his friend.

Finally, the file wasn’t removed from Whitelaw’s Dropbox folder. It was just made inaccessible to other internet users (the public link was disabled, and redirected to the DMCA message).

Whether you consider this snooping or not, is a matter for some debate and argument. But it’s clearly the case that data uploaded to Dropbox is not as private as some might have hoped and imagined.

If you don’t like the idea of your files being examined in this way, you have two choices. 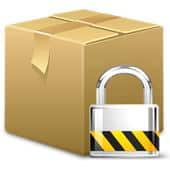 Tools like Boxcryptor, CloudFogger and SafeMonk provide a seamless way to encrypt your sensitive information before it gets uploaded to Dropbox, meaning the service cannot tell what you are storing in the cloud. Some also swear by open source tools like TrueCrypt to do something similar.

Alternatively, the likes of Wuala and SpiderOak offer competing solutions to Dropbox but promise “zero knowledge” of what you’re uploading to their servers. Such solutions have the advantage of having security and privacy baked-in from the outset.

In the case of Wuala, they also make a point of underlining that their data centres are located in Europe rather than the United States, which will be appealing to some.

As with all of these technologies, remember my adage: Don’t call it ‘the cloud’. Call it ‘someone else’s computer’. That really helps you consider the security consequences of what you are doing.

If you have experiences of using alternatives to Dropbox, or have found an encryption regime which works well with Dropbox, please share your experiences by leaving a comment below.

7 comments on “You’ve uploaded files to Dropbox. But just how private are they?”