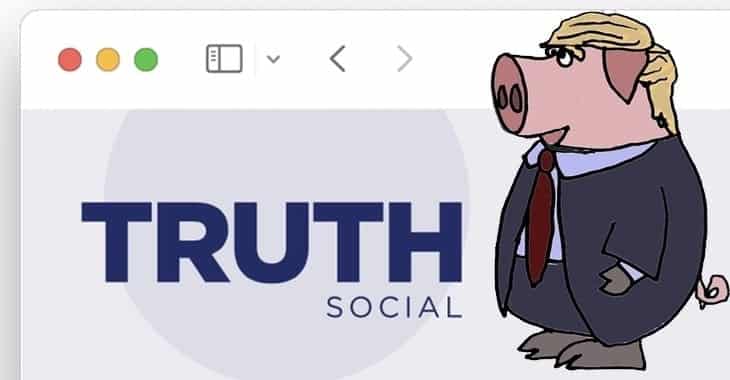 Donald Trump, banned from Twitter and Facebook, has announced his intention to launch his own social media site – Truth Social.

The one-time President of the United States of America announced in a press release that Truth Social will be run by the Trump Media & Technology Group (TMTG):

“We live in a world where the Taliban has a huge presence on Twitter, yet your favorite American President has been silenced. This is unacceptable. I am excited to send out my first TRUTH on TRUTH Social very soon. TMTG was founded with a mission to give a voice to all. I’m excited to soon begin sharing my thoughts on TRUTH Social and to fight back against Big Tech. Everyone asks me why doesn’t someone stand up to Big Tech? Well, we will be soon!”

For now, you can’t join Truth Social (I refuse to write “Truth” in capitals, because it’s inane), but you can register your interest via the website’s homepage. 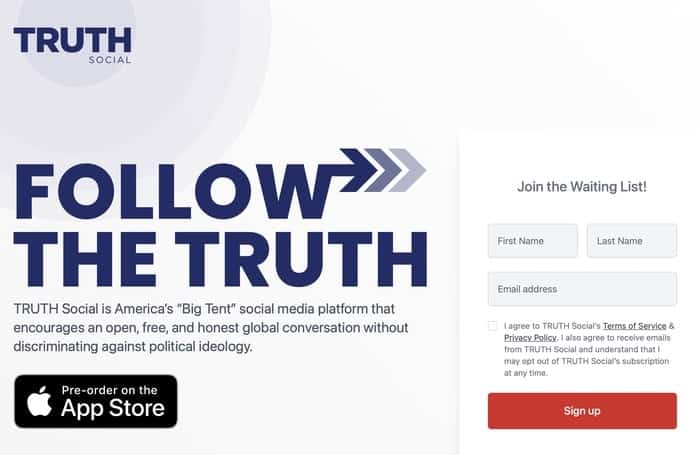 However, that hasn’t stopped some curious folks from rummaging around and finding what appeared to be a pre-launch version of the Truth Social website. And it didn’t take long for someone to determine that no-one had thought of registering an account for Donald Trump.

And so, the internet being what it is, someone created a @donaldjtrump account on Truth Social.

And then they posted a picture of a large pig defecating onto its scrotum. 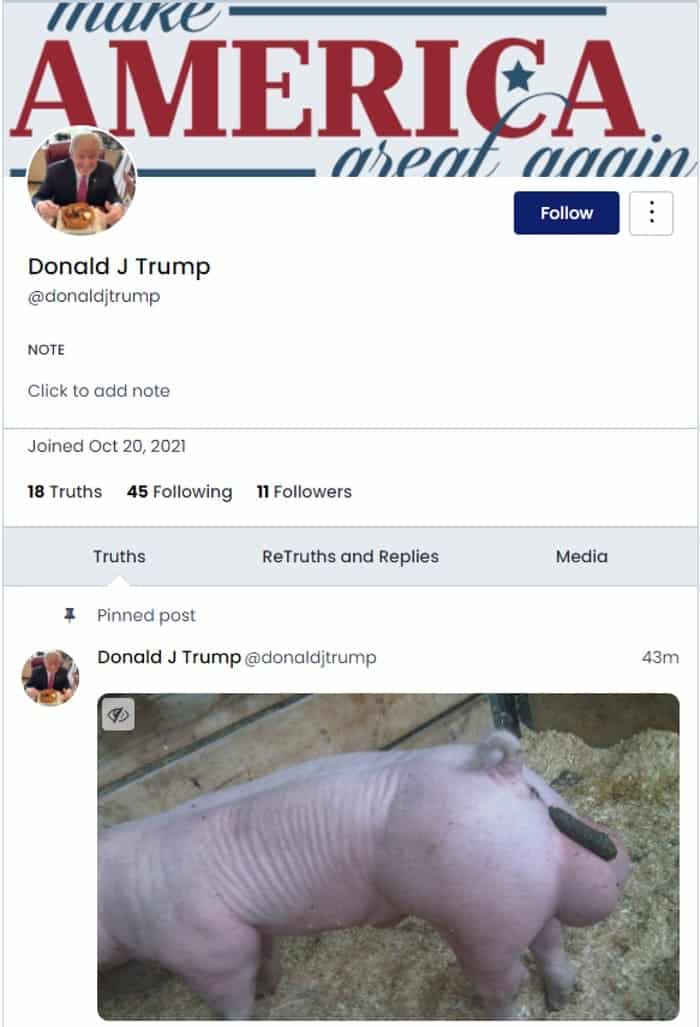 Hopefully they’ll get that all err.. cleaned up before launch.

There’s a lesson here for anyone else building a website. Be sure to keep everything safely secured under lock-and-key until you are ready to properly launch.

If you’re going to pre-announce a website, don’t leave digital breadcrumbs lying around which will help the inquisitive poke around at it, and even worse create embarrassing posts in the name of your most prominent likely user.

Leaving things carelessly exposed could mean you end up caught with your pants down, and leave an unpleasant smell in the air when you’re aiming for a professional product launch.

Truth Social won’t be Trump’s first attempt to launch a rival to Twitter. Earlier this yer he launched a blog called “From the desk of Donald Trump,” although that appeared to struggle to gain much traction amongst his fanbase and shut down less than a month later.

In other Truth Social news, it has been claimed that the site is a Mastodon instance (software which provides Twitter-like services in a free, open-source form) but with the FOSS credits and GPL licence illegally removed and replaced with TMTG’s own supposed copyright.