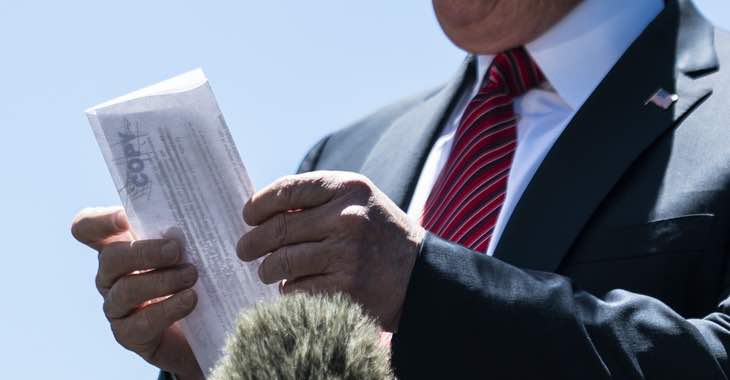 The President of the United States took to the sunshine-filled garden of the White House to wave around what he claimed was a secret agreement on migration with Mexico.

Of course, if he really wanted to keep it secret in bright sunlight, he might have been wiser to have kept the agreement in his jacket pocket – or at least an envelope – with the world’s press pointing cameras at him.

US President Donald Trump has inadvertently revealed some details of his immigration deal with Mexico.

He refused to discuss the plans with reporters, saying they were “secret”.

But he said this while waving around a sheet of paper that had the specifics of the deal written on it – which was then photographed by news media.

It didn’t take sleuths on Twitter to determine the sheet of paper’s contents. 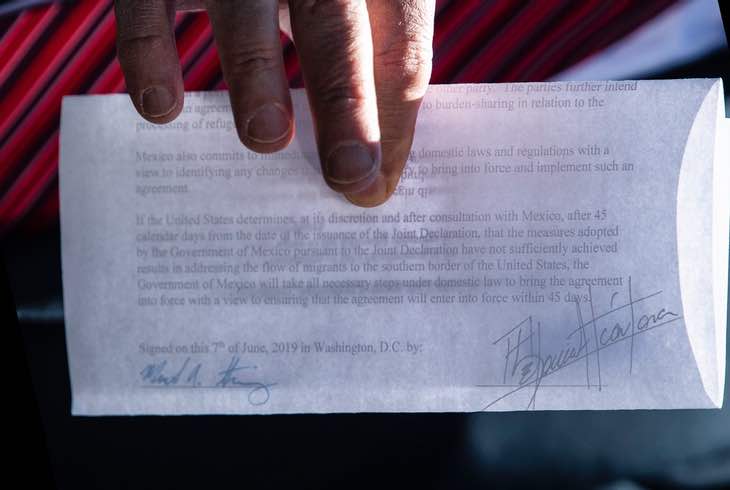 For those curious here is the original frame. @realDonaldTrump spoke for approximately 20 minutes pulling out the letter several different times. If you want to further analyze I suggest you watch the full clip. pic.twitter.com/iFHg2lDfm2

Sigh… If something is supposed to be kept private, you really shouldn’t wave it around in public, Donald.