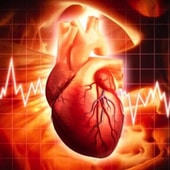 Dick Cheney, the former vice president of the United States, was so worried about the possibility of a hacker assassinating him that he had the wireless feature of his implanted heart defibrillator deactivated.

Cheney feared that a terrorist would be able to interfere with the device, which he had implanted in 2007.

The revelation came during an interview on CBS’s “60 Minutes” show, which aired on Sunday.

Health concerns loomed over Dick Cheney while in office

And it seemed to me to be a bad idea for the vice president to have a device that maybe somebody on a rope line or in the next hotel room or downstairs might be able to get into – hack into. And I worried that someone could kill you.

<spoilers>
Apparently, the “Homeland” TV show recently portrayed a fictional Vice President being assassinated by a terrorist in a similar way.
</spoilers>

Back at BlackHat 2011, researchers explored security weaknesses in modern insulin pumps used by diabetics, discovering that there was no encryption or authentication being used by configuration tools and the devices themselves.

Jay Radcliffe, who himself has Type 1 diabetes, revealed that a security hole could allow a hacker to change the amount of insulin pumped into patients, potentially causing a fatal reaction.

Radcliffe’s discovery wasn’t universally welcomed, with some feeling that he had been irresponsible in disclosing details of a vulnerability that could potentially put lives at risk.

I wonder if Dick Cheney will also be criticised now he’s spoken out about his own fears of assassins hacking his heart.