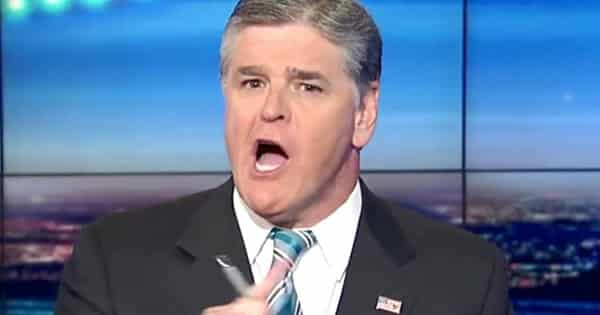 Some people don’t know if you should trust the media anymore, with accusations of fake news flying here, there, and everywhere.

Which makes me wonder who can you trust for computer security advice?

The two worlds have just collided with Fox News anchor Sean Hannity (who may or may not have sought advice from time to time from Donald Trump’s personal lawyer Michael Cohen) seeming to suggest to witnesses in the Russia probe to delete evidence before handing devices over to special counsel Robert Mueller.

Hey remember when Assange DM'd Hannity asking him to reach out on an encrypted app?

Tonight Hannity is freaking out about Mueller searching encrypted apps and "advised" all Mueller witnesses to "bash" their phones "into itsy bitsy pieces" pic.twitter.com/cZhaUqVNQk

“If I advised them to follow Hillary Clinton’s lead: Delete all your emails and then acid-wash the emails on the hard drives and your phones, then take your phones and bash them with a hammer to little itsy bitsy pieces, use BleachBit, remove the SIM cards, and then take the pieces and hand them over to Robert Mueller and say: ‘Hillary Rodham Clinton, this is equal justice under the law.'”

Hannity’s advice comes after media reports that Mueller’s team have asked witnesses to hand over personal smartphones which may have used encrypted messaging apps such as WhatsApp, Signal, Confide, and Dust.

I’m going to presume that, if asked, Hannity would emphasise that he isn’t suggesting witnesses actually destroy evidence, as it’s unlikely to go down well with the authorities.

Furthermore, it would perhaps be a mistake to assume that no breadcrumbs of evidence of communications would be held in the cloud or at an external service which couldn’t care less if you put your phone in the blender or not.

Of course, if you are disposing of computers, hard drives, or smartphones then it makes sense to ensure that they are wiped securely, and minimise the possibility that someone else can recover any sensitive data.

But tread carefully if you are a witness in an investigation by law enforcement, whatever side of the political fence you sit on, as they might view it as an attempt to obstruct justice.

Regardless, Hannity’s advice comes too late for Paul Manafort, who has found that use of an encrypted messaging app wasn’t enough to stop his private communications being read by the FBI.