Police have managed to shut down what has been described as “one of the world’s largest forums devoted to the trade in stolen credit card data”, in an international operation involving officers from Vietnam, the UK and the United States.

The “mattfeuter” cybercrime website is believed to have approximately 16,000 members, based around the world, and is alleged to have assisted in more than $200 million worth of credit card fraud – as credit card data is harvested from hacked organisations, and then sold on to other online criminals.

Officers from the Vietnamese High-Tech Crime Unit (HTCU) and the country’s Criminal Investigation Division have arrested eight members of the crime gang believed to be behind the website.

Local media reports have included photographs of some of those arrested, and even a luxury Porsche sportscar seized by the authorities. 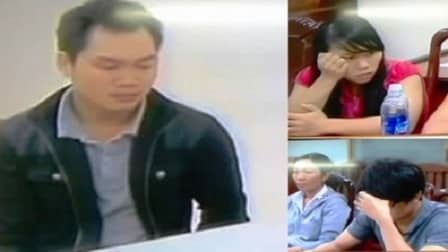 It is believed that the gang were successfully targeted by the authorities, following the introduction in 2009 of legislation that made it a criminal offence to fraudulently obtain credit card data from overseas victims, as well as those based in Vietnam. One of those arrested is 23-year-old Duy Hai Truong, a resident of Ho Chi Minh City in Vietnam. Duy Huy Truong (pictured on the right, enjoying a meal) is suspected by Vietnamese investigators of being one of the website’s ringleaders.

Charges have been brought by the US Department of Justice against Duy Huy Truong, who may not have the pleasure of a finely prepared meal in the future if he ends up convicted.

Others who may have to prepare for a diet of bread and water include those who have been arrested in the United Kingdom. British crime-fighting forces have made three further arrests of what are said to be “significant forum users”.

Officers from the Serious Organised Crime Agency (SOCA), Police Central e-Crime Unit (PCeU) and the Dedicated Cheque and Plastic Crime Unit (DCPCU) arrested three men in London – a 37-year-old from West Ham, a 34-year-old from Thornton Heath and a 44-year-old from Manor Park.

Perhaps it’s an indication of the different styles of policing between the UK and Vietnam, but no Instagram or Facebook snaps of meals being eaten by the London-based men have been released at the time of publication.

What should send a shiver down the spine of many a cybercriminal, is that the investigation is reported to be ongoing. SOCA and PCeU say that they are actively targeting the wider membership of the mattfeuter website, and a number of other web marketplaces dealing in stolen card details have also been shut down.

As law enforcement agencies around the world work more closely with each other, and share information on cybercriminal activity, we can expect to see futher arrests and sites being dismantled.

Andy Archibald of SOCA had this to say:

“One of the world’s major facilitation networks for online card fraud has been dismantled by this operation, and those engaged in this type of crime should know that that they are neither anonymous, nor beyond the reach of law enforcement agencies. We and our partners, in the UK and abroad, continue to protect the public and legitimate businesses by targeting websites trading in stolen card data, and relentlessly pursuing those who operate and frequent them.”

If you’re a cybercriminal, trading in stolen card data, you have been warned. The police are coming after you.