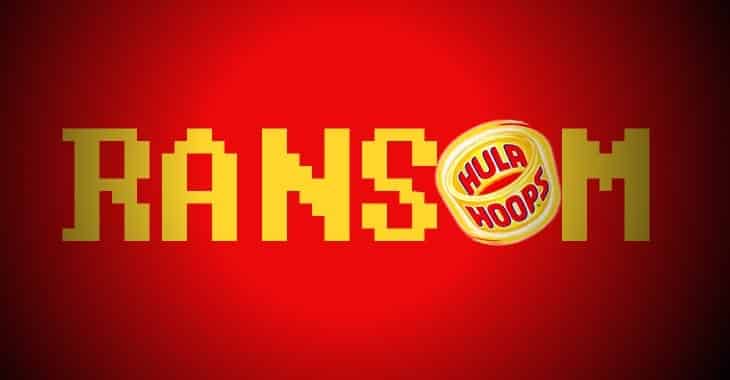 As The Guardian reports, the IT systems of KP Snacks have been hit by ransomware. And it might well impact the British public’s waistlines as well as the company’s profits:

A cyber-attack targeting KP Snacks could lead to a shortage of some of the nation’s most popular snacks including Hula Hoops, McCoy’s and Tyrrells crisps, Butterkist, Skips, Nik Naks and KP Nuts.

A spokesperson from KP Snacks has confirmed that the British snack producer was hit by ransowmare:

“On Friday, 28 January we became aware that we were unfortunately victims of a ransomware incident. As soon as we became aware of the incident, we enacted our cybersecurity response plan and engaged a leading forensic information technology firm and legal counsel to assist us in our investigation. Our internal IT teams continue to work with third-party experts to assess the situation. We have been continuing to keep our colleagues, customers, and suppliers informed of any developments and apologise for any disruption this may have caused.”

It is believed that the Conti ransomware gang is behind the attack, and may have given KP Snacks five days to pay a ransom or face having sensitive information stolen from the company’s internal network leaked onto the internet.

In the past, Conti has demanded ransoms totalling millions of dollars from companies it has attacked. Hardly peanuts…

It is not clear if KP Snacks is negotiating with its extortionists or not.

Better Retailing, which broke the news of the cyber attack, says that wholesaler Nisa warned partnered stores on 1 February to “expect supply issues on base stock and promotions until further notice,” warning that service could be affected “until the end of March at the earliest.”

In other words, if your daily diet includes a serving of McCoys crisps, Hula Hoops, Tyrell’s, Space Raiders, Skips, Butterkist, Pom-Bears, Nik-Naks, or KP Nuts you might want to start rationing yourself…