It’s that time of year again, and Europe’s finest security bloggers are all appealing for your vote in the hope of getting some recognition for the past 365 days of blogging about threats, vulnerabilities and things that go crash on your hard disk. On Wednesday, 30th April, at a glittering awards ceremony in Central London (Okay, I admit it. It’s just upstairs in an Earl’s Court pub), some of the most famous names from the infosecurity blogosphere will be meeting up for an evening of ribaldry, drinking and the handing out of small plastic trophies.

Last year, I was lucky enough to pick up the award for “Best Overall Security Blog” on behalf of Sophos’s Naked Security site.

I felt slightly fraudulent receiving the award, as although I had been a very regular contributor to Naked Security since its inception, I was already secretly plotting to leave the company and go independent to launch the security news site you find yourself on today. Not that I could tell anyone that at the time.

It’s less than 12 months since I left Sophos, and grahamcluley.com has grown a decent and loyal following, but I feel there’s still a long way to go and more that we can do!

Therefore, I was immensely flattered to find that I had been nominated for seven (yes, seven! Count them!) gongs at this year’s EU Security Blogger awards. 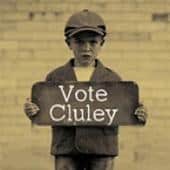 Seriously, I’m well chuffed just to be nominated. Not only are there some great blogs that have been nominated for awards, but I feel it’s an affirmation of a life-changing decision I made almost 12 months ago.

It was a daunting decision leaving the comfy chair of Sophos, a regular income, and a steady supply of croissants, for an independent life working on my own, without the support of a major corporation behind me, and without the certainty of a pay cheque.

There are bigger security blogs than mine, with more staff and substantial marketing teams behind them, but receiving nominations like this, and the support of faithful readers, really reminds me that I made the right choice in going independent.

Support your favourite security bloggers* by voting for them now. It will only take 20 seconds, but will give them a warm glow inside (and possibly a plastic gong to put on their mantlepiece).

* Obviously when I say favourite security bloggers, I mean “me”. Just in case there’s any confusion. Thanks…