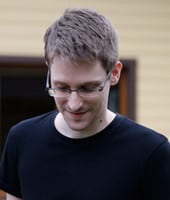 It’s also the pseudonym that Edward Snowden used when he reached out to Poitras in January 2013, explaining that he wished to blow the whistle on covert surveillance operations being run by NSA and other intelligence agencies around the world.

The Guardian has called the documentary “gripping”, and the Telegraph commented that “everybody needs to see it”

Here is a video trailer to whet your appetite:

If you’re in the UK, you can get your chance to see the documentary tonight at 8pm. as it sees its premiere at cinemas up and down the country. The screening will be followed by a live satellite Q&A with Laura Poitras.

I understand that Poitras is doing the interview via Skype, because she’s too afraid to come to the UK in case she’s arrested.

If you get the chance, go see “Citizenfour” and leave a comment with your thoughts.