A “news” story has been shared widely across social networks, claiming that the notorious killer Charles Manson has been granted parole.

Here is a typical message, as shared between Facebook users: One of the most famous killers in the American prison system will soon be walking free. On Tuesday Charles Manson, who is now 79 years old, was granted parole by the California Board of Parole and authorized by California Governor Jerry Brown

However, you shouldn’t believe everything you read on the internet. 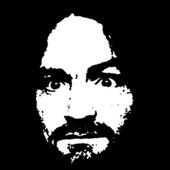 In 1969, Charles Manson and his gang were responsible for the brutal bloody “Helter Skelter” killings of a number of people including Sharon Tate, the heavily pregnant wife of director Roman Polanski. Manson has already been denied parole 12 times, and it’s hard to believe that he will ever be released.

So, the message is nonsense, and the site (Empirenews.net) which has published it has tricked countless internet users into visiting the webpage, and approximately 5000 into leaving a comment on the story.

Presumably the website’s intention is to make money through on-site advertising, and it doesn’t care if it has to dupe people into visiting the webpages if it helps earn a few dollars.

Any content on the site which bears any resemblance to the truth is likely to be entirely coincidental.

But it has become so easy these days for people to share stories and links with their friends, that it hardly matters if a story appears highly unlikely – many users will pass it on regardless if the content appears shocking or sensational enough.

If you stop and think about it, the EmpireNews.net site is making money by exploiting a horrific true life event that killed a number of people (including an unborn child) and doubtless cast a long shadow over the lives of their friends and family. If you share the link, you are helping to spread the misery that little bit further – even if 40 years have passed.

Of course, every time you reshare a dubious story you are not only helping a dubious website like EmpireNews.net earn money, but you are also fostering a climate where your friends and family find it normal to receive links to “sensational” breaking news articles from you with unlikely claims.

And, because of that, it may make them more likely to trust something your account shares online if it ever gets hijacked by scammers or malicious hackers. That’s not a good way to go about things.

3 comments on “Charles Manson has NOT been granted parole. It’s an internet hoax”