A buggy update pushed out to users of some Norton/Symantec security products caused a headache for Internet Explorer users on Friday evening. 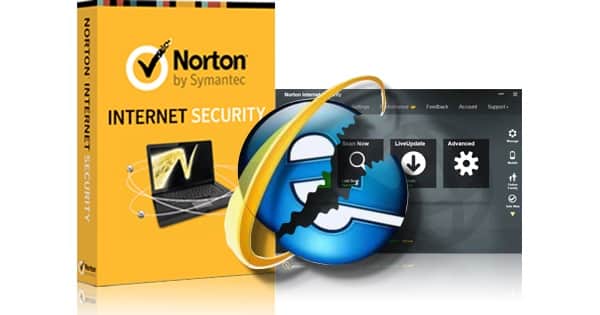 Within minutes of Symantec pushing out the update, customers noticed Internet Explorer was crashing with the helpfully informative message:

Unsurprisingly, considering the number of people who must use both Norton anti-virus products and Internet Explorer, customers began to post their grievances on Symantec’s support forum. 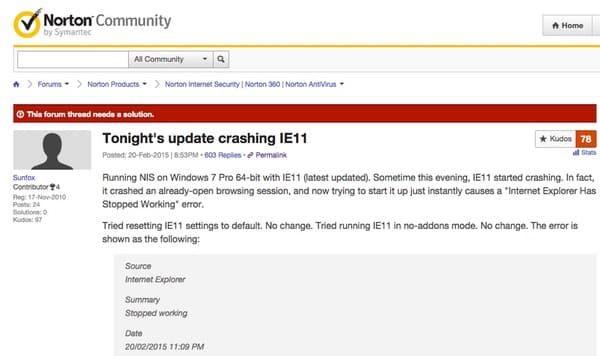 Same issue here, actually was using IE when the updated started and them BOOM everything came crashing down. Glad to know that Symantec with all of the reductions and cuts to staff still has time to properly test their code. Note the sarcasm. One would think that this would be an easy Q&A check.

I have the same problem. Was running fine today. Then Norton updated and crashed IE11 that had been working fine up to that point. I have uninstalled NIS and IE started working. Then reinstalled NIS, and once the patch was deployed IE started crashing again.

Presumably all these users were accessing Symantec’s support forum via an alternative browser such as Chrome or Firefox, as Internet Explorer would have been as useful as an ejector seat in a helicopter.

In a support note, published on Saturday evening, Symantec advised affected users to run LiveUpdate manually to fix the problem.

Of course, if Internet Explorer was the only browser you had, and it kept crashing, I’m not quite sure how you would get to read the support advisory. If that was you, hopefully the issue has fixed itself by now. 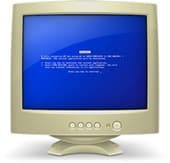 Sadly security software has a long history of bugs, sometimes causing more of a headache than the attacks which it is trying to prevent.

Just last week, The Register reported that users of Windows 8.1 running disk encryption software like TrueCrypt were being greeted by a blue screen of death from the latest edition of Norton.

And way back in the mists of time, in 1993 to be precise, I recall that Norton AntiVirus was mistakenly false-alarming on the popular archiving program PKZIP, thinking it was infected with the Maltese Amoeba virus.

Perhaps not the scariest misidentification ever, but try telling that to the person I spoke to who responded to the erroneous Norton virus alert by reformatting their hard drive.