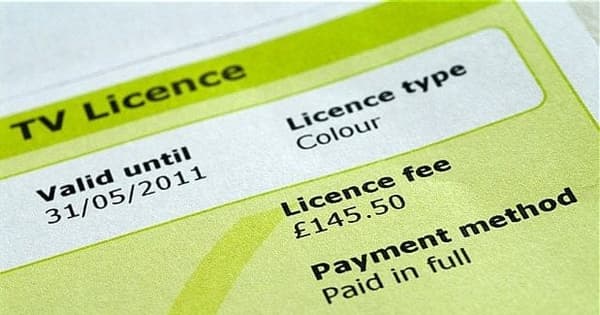 Much of the rest of the world may find it rather quaint, but here in the UK most people buy a license to watch TV.

The TV license fee goes towards funding the BBC. If you watch or record live TV without a license you can be fined up to 1000 quid.

A fine like that that would cause a nasty sting in most people’s pockets, but what’s worse is how fraudsters are using the disguise of emails from the TV Licensing authority to steal much larger sums of money.

The emails claim that your license is going to expire because of a failed payment, and that you should click through a link to fix the problem.

Here is an example email I was forwarded by a reader: Oops! Something went wrong with your payment.

We’re sorry to let you know that the TVLicense could not be automatically renewed. Renew your licence before it expires on 16 January 2018 to remain legally licensed.

If you don’t keep up with your payments, we may be forced to cancel your licence or pass your details to a debt collection agency.

Clicking through on the link, however, does not take you to the genuine TV Licensing website, but instead a convincing lookalike site which asks you to verify your identity… … and requests a variety of personal information including your name, address, email address, mother’s maiden name, and payment details. So, what will the scammers do with the information they have stolen?

BBC News reports that some victims of the scam have ended up losing almost £10,000 to fraudsters.

It appears victims who have entered their personal information are receiving phone calls from scammers posing as their building society or bank, pretending to check whether two transactions are legitimate or not. The transactions however are fabricated, and merely a ruse for the scammer to trick the victim into taking their advice to move money into a “safe account”.

In the BBC News report, victims Jerry and Carole Tack explained how they ended up losing almost £10,000 after being duped by the scam email and receiving a follow-up phone call from the fraudsters posing as Nationwide building society’s fraud prevention team a few days later:

Jerry then received a text message with a code from the building society, most likely triggered by the scammers requesting it under a system designed for people who have forgotten their log-in details.

Believing it had been sent by the person he was speaking to, he overlooked warnings not to share the code and gave it to the caller as confirmation.

They emptied two savings accounts of £4,000 each and persuaded Jerry to use a card reader to approve the transfer of the funds, as well as £1,900 from his current account, telling him it would protect the money from fraudsters.

Half an hour later he had second thoughts and contacted Nationwide, to be told that he had been the victim of an “authorised push payment” (APP) scam.
In reality, it was a scammer who had harvested the 65-year-old’s details from the fake form.

If you suspect you have already entered your details into a scam site you are recommended to report the incident to the Action Fraud Helpline or call them on 0300 123 2040. If you gave away financial details such as your payment card or bank account details, inform your bank immediately.

Action Fraud says that it received over five thousand complaints about the emails in the last three months of 2018.

So, let the fight back begin. TV Licensing has published a guide on its website which can help you tell the difference between a genuine and fake email, and it has also warned of some license payers being duped by SMS scams also suggesting that their direct debit payments have failed.

Despite attention in the media in recent weeks, my suspicion is that many people are continuing to be targeted by fraudsters posing as TV Licensing – and it’s likely a good proportion of those are unwittingly handing their personal information to criminals.

Make sure that you are on your guard against this and similar scams, and if you have friends and loved ones who may be vulnerable to this type of fraud be sure to warn them too.

One comment on “British TV viewers targeted by email fraudsters”