Security researchers at Kaspersky Lab have raised a querulous eyebrow after discovering a Kaspersky Mobile in the Windows Phone store.

That’s quite an achievement, seeing as the company doesn’t produce a product of that name.

Apparently, unlike most fake anti-virus products, the app doesn’t try to scare you into entering your credit card details after duping you into believing you are infected. This one simply does nothing. Although, of course, you only find that out after you’ve paid a few dollars purchasing it.

And whoever was behind the bogus version of “Kaspersky Mobile” didn’t stop there. They also produced a bunch of other apps, using well-known brand names, in the hope of tricking unsuspecting Windows Phone users into making unwise purchases. 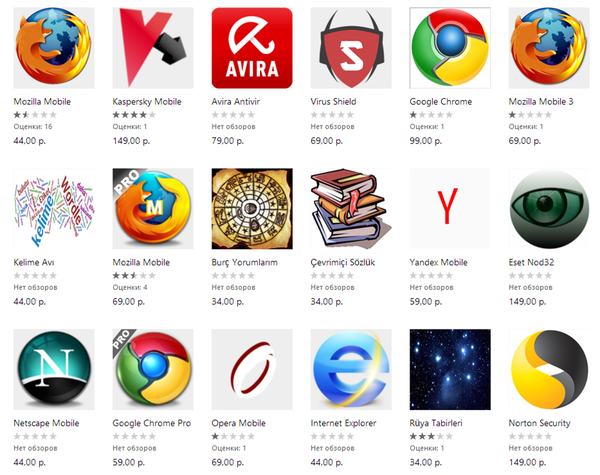 Amongst the fake apps are anti-virus products claiming to come from ESET, Symantec and Avira, as well as browsers from Mozilla, Opera, and Netscape.

And isn’t that name Virus Shield kind of familiar?

Just last month a bogus app named “Virus Shield” duped thousands of Android users, who paid for an app incapable of finding any malware, and driving it to the top of the charts. Google later apologised and offered downloaders a $5 refund after an online publication kicked up a stink.

Sadly, Google doesn’t seem to be getting any better at policing its official app store. The researchers at Kaspersky found a bogus version of their anti-virus up on Google Play as well… 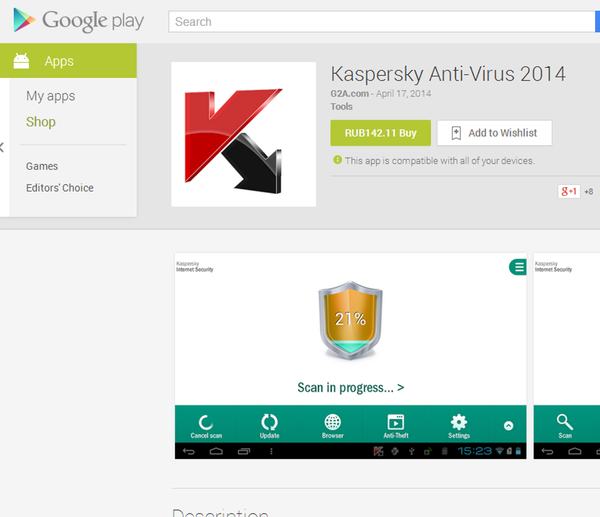 Always be careful about what you download – even if it comes from an official app store.

In the past, online criminals have created fake reviews and boosted the apparent legitimacy of a bogus app in order to trick users into downloading it. Ideally, go to the vendor’s own website and follow a link from there to the app store if you want to be sure that you are downloading the genuine article.