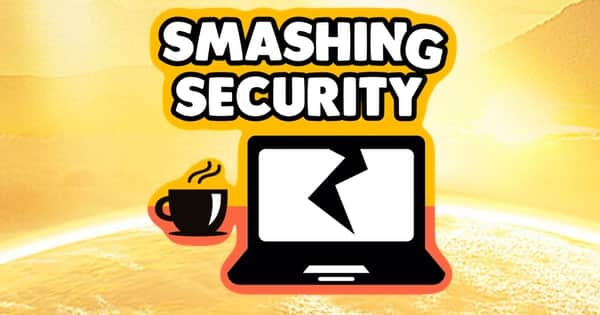 I’m truly honoured to announce that “Smashing Security”, the weekly cybersecurity podcast I co-host with Carole Theriault, has made the finals of the European Security Blogger Awards.

We’re really excited to have seen the podcast make it to the finals, especially as “Smashing Security” is up against some excellent shows including:

So, even if you can’t stand the opinionated bickertainment that Carole and I get up to on a weekly basis while discussing the week’s security news, there’s plenty of reason to visit the voting page and vote for one of those fine shows instead.

What’s that? You don’t feel you can vote for the “Smashing Security” podcast because you’ve never listened to an episode? Well, this website is up for some gongs at the same awards ceremony too – so feel free to vote for grahamcluley.com instead if you like.

And, hey, perhaps be brave and take the podcast plunge right now!

Thanks to everyone who has supported the show, or left us great reviews on Apple Podcasts. It really means a lot.