Check the update at the end of this article to discover what really happened.

The popular BBC News smartphone app appears to have been hijacked, or at least its “Breaking News” feature, by mischief-makers who are popping up messages on users’ devices. 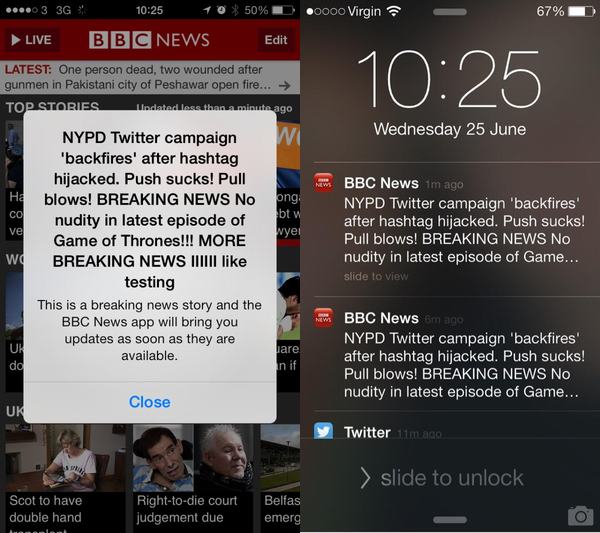 Chances are that the app itself has not been hacked, but it’s possible pranksters have managed to exploit the way in which the BBC feeds in breaking news alerts to push them out to the app’s userbase. Nevertheless, it’s embarrassing and it’s easy to imagine how such a flaw could be exploited to scare into making bad decisions. Another real possibility is that someone inside the BBC was testing the system and, umm, didn’t realise their message would be seen by the outside world.

I guess we should be grateful that (so far at least) the messages seem to be more designed to amuse. As if there would ever be an episode of Game of Thrones without some gratuitous nudity…

Update: The BBC has confirmed that the messages were sent in error. 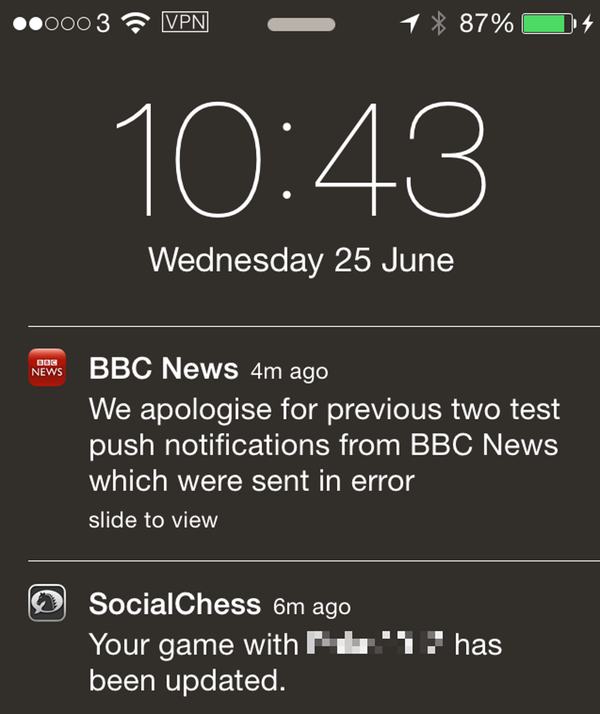 One lesson to learn is that if you are testing systems to always use innocuous “TEST” messages rather than ones which could be misinterpreted, or lead to observers (including me!) thinking you might have been hacked.

It’s good to know that the app hasn’t been compromised, and this is just the BBC goofing up in a fairly harmless way. Hopefully they will be more careful next time.

And yes, I am losing that game of chess…