Well, if you thought this was embarrassing… 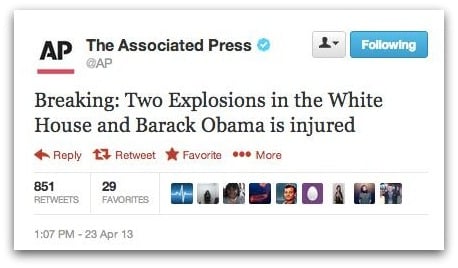 … this is even worse: 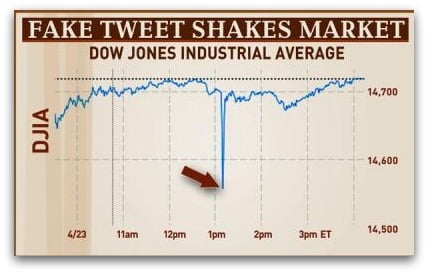 The Syrian Electronic Army has (once again) claimed responsibility, and it certainly looks like their handiwork.

Come on Twitter, give us two-factor authentication. It won’t make Twitter hacks impossible, but certainly will make things much harder for the bad guys.