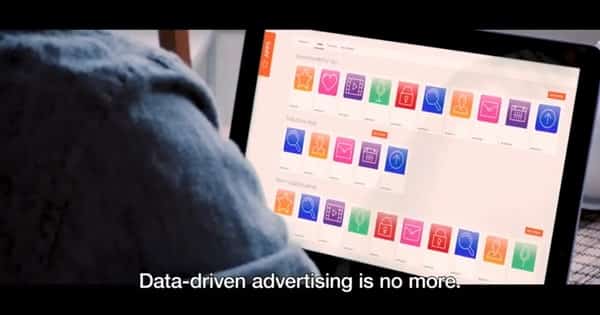 Not everyone is in favour of better privacy online.

The advertising industry, for instance, has its knickers in a twist so tightly about European privacy regulations that it made videos like this to try to sway public opinion:

“Data-driven ad revenue helps make high quality journalism possible. With that revenue diminished, funding for a wide choice of media content will be squeezed. Many independent publishers will start to downsize, and some may even disappear making it more difficult to hold power to account. For the consumer this means far fewer independent sources of information and less diversity of opinion.”

Consumers, they are argue, will be confused, exhausted, and unable to cope if they are given choice about which websites they wish to grant access to their private information.

It begins to sound like a bad movie, when advertisers tell us we face an apocalyptic app wasteland due to the lack of income from data-driven ads:

“The tech startups behind some of the world’s best apps often rely on data-driven ad revenue to offer their apps for free and scale up their companies. Without it, their business model basically falls apart. Less revenue will mean fewer startups and eventually fewer apps for consumers.”

Or, I guess, you could just charge the price of one cup of coffee each year if people wanted to use it.

“Europeans prefer to access content and services for free, but without revenue from data-driven ads free stuff will be in severely short supply. From one day to the next, consumers could be in for rude awakening that requires them to pay up or be left in the cold.”

The challenge that the tech industry is facing is that users are increasingly waking up to the fact that so-called “free” content and services often aren’t free at all. You’re paying by being tracked, and through the collection and exploitation of your data.

Over-the-top videos like “Like a Bad Movie”, made by a tarnished online advertising industry, don’t make me want to have less privacy regulations, they make me want to see more.

What do you think? Are you convinced by the video? Leave aa comment below.