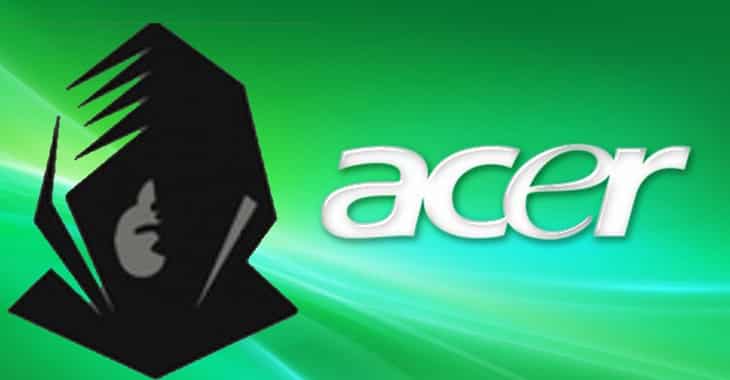 Hardware and electronics giant Acer has suffered a data breach, with hackers claiming they have stolen 60GB worth of files from the company’s Indian servers.

News of the attack came from the Desorden hacking group, when it advertised the data for sale on an underground forum, claiming to have stolen “customer, corporate, accounts, and financial data.”

In addition the hackers claimed to have accessed the login details of over 3000 Acer retailers and distributors in India.

An Acer spokesperson confirmed that the company’s Indian offices had suffered a cyber attack:

“We have recently detected an isolated attack on our local after-sales service system in India. Upon detection, we immediately initiated our security protocols and conducted a full scan of our systems. We are notifying all potentially affected customers in India. The incident has been reported to local law enforcement and the Indian Computer Emergency Response Team, and has no material impact to our operations and business continuity.”

Earlier this year Acer was hit by the REvil ransomware gang, who demanded a $50 million ransom.