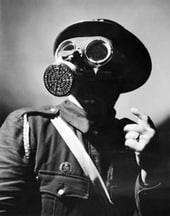 A critical vulnerability has been discovered in the widely used Bash command processor, present in most Linux and UNIX distributions and Mac OS X.

The US Department of Homeland Security’s CERT team has issued an alert about the Bash bug (known as CVE-2014-6271, but also given the more media-friendly moniker of “Shellshock” by some), and warned that if exploited the vulnerability could allow a remote hacker to execute malicious code on an affected system.

One serious concern is that malware authors could exploit the vulnerability to create a fast-spreading worm – taking advantage of the ubiquitousness of Bash.

If such a worm materialised it would, without question, make the Bash bug a more serious threat than the HeartBleed OpenSSL bug that impacted many systems earlier this year.

The fundamental difference is that the Heartbleed bug allowed unauthorised parties to spy on computers, whereas the Shellshock Bash bug allows attackers to hijack computers, and use them for their own purposes.

In a nutshell, the Shellshock Bash bug is easy to exploit and yet still have severe consequences.

Are your computers vulnerable?

Fortunately, there’s an easy way to tell if your computers might be at risk.

Open a terminal window and enter the following command at the $ prompt:

If you are not vulnerable, then the following will be shown:

But if you are vulnerable, then you will see: 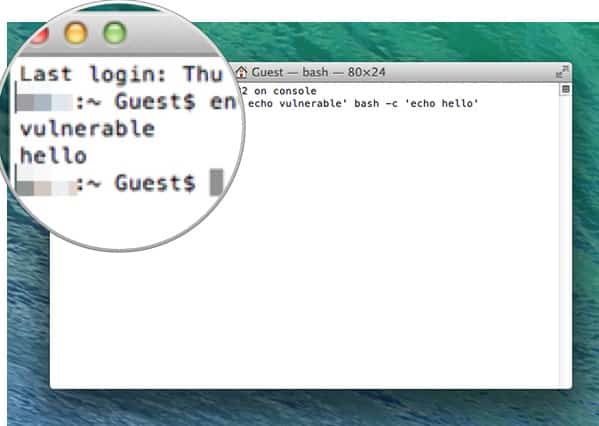 Remember, even if you have never heard of Bash before, or don’t run it, you may very well have software running on your computer which spawns Bash processes.

Links to patches for some operating systems are listed on the US CERT alert page. Fingers crossed that more are forthcoming soon, including patches for OS X – as manual recompiling of Bash will be beyond many users’ capabilities.

No doubt IT teams are going to be busy for the next few days, scrabbling to check whether internet-facing computers running Linux are at risk from the Bash bug, patching systems where possible and taking steps to mitigate against threats.

24 comments on “The Shellshock Bash bug – What is it, and are your computers vulnerable?”