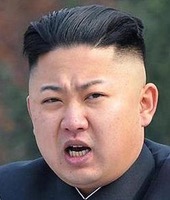 The New York Times is reporting that the White House is pointing the finger of blame at North Korea for the hack of Sony Pictures.

So far, at least, there has been no official confirmation from the United States government and all the NYT has are sources that won’t go on the record. Meanwhile, Sony has officially cancelled the release of the controversial Seth Rogan movie “The Interview”

As regular readers will know, I have been somewhat skeptical of the claims that North Korea is involved. It just doesn’t feel right.

The truth is, as has been shown time and time again, trying to determine the location of internet hackers can be as hard as nailing jelly to the ceiling.

Attributing internet attacks to a particular country is extremely difficult, as it’s so easy for hackers to cover their tracks or point investigators in the wrong direction. It’s not uncommon at all for attackers to use compromised computers in other countries as part of their attack to throw investigators off the scent, and allegations of where hackers might be based is often founded on the flimsiest of “evidence”.

Here’s what we do know:

And, if unnamed White House sources are now pointing an accusatory finger at North Korea we need to ask ourselves:

So, consider me a skeptic. I would like to have answers to a few more questions, and hear some of the evidence, before falling behind the claim that North Korea has orchestrated the attack against Sony.

If I were a betting man, I would agree that whoever is responsible for the attack has a big grudge against Sony and its executives (not that that narrows down the list of suspects much!). One avenue for investigation should definitely be to explore whether a disgruntled (possible former) employee played a part in this hack.

One final thought. If Sony Pictures’ network security was as poor as it appears – is it possible that more than hacking gang have had access to its information?

6 comments on “US reportedly blaming North Korea for Sony Pictures hack. But why?”